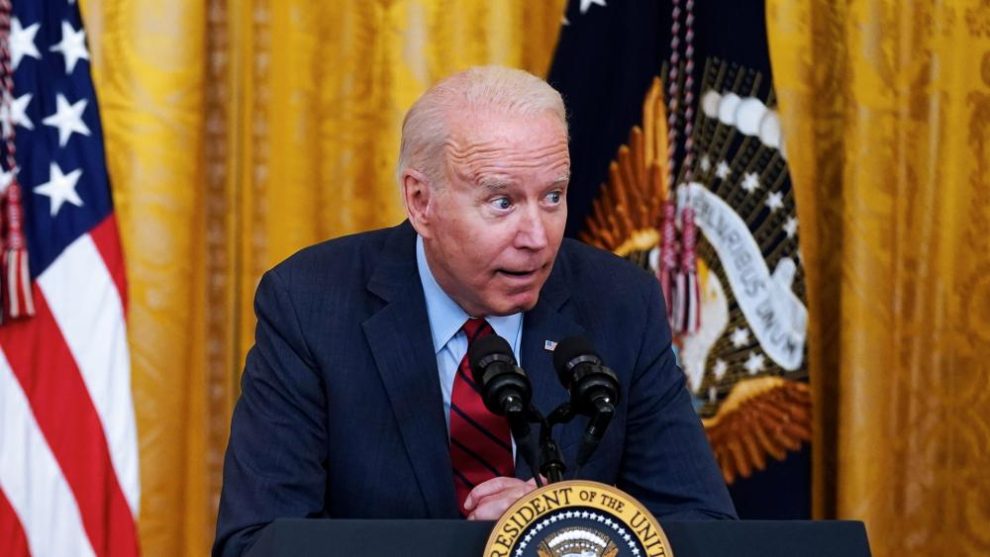 I’m sure that we all remember that glorious moment when our fearless leader Joe Biden, during his campaign, attacked a young woman who had the temerity to say something to him that he didn’t like, calling her a “lying dog-faced pony soldier.”

After a New Hampshire voter asks @JoeBiden why they should trust he can turn his campaign around, he asks if she’s ever been to a caucus before; when she says yes, Biden snaps: "No you haven’t. You’re a lying dog-faced pony soldier." pic.twitter.com/3uxOAu0Ues

That, of course, prompted the question: What the heck is a “dog-faced pony soldier”? No one seemed to know and, like most things Joe Biden says, it was likely an invention out of his head.

But unfortunately, there was a post that went viral on Twitter that introduced us to a real “dog-faced pony soldier” — much to my chagrin — because of what this says about where our military may be, at this point, under Joe Biden and the influx of woke leftists.

The post was allegedly from an Army colonel @pupravage who has since made his account private so you can’t see it (although you can still view his Instagram account – warning, NSFW). He announced he was retiring after 30 years.

A lot of his timeline was gross and involved perverse pictures that I won’t post. At least one picture was him, partially in his uniform, with his pants down, in his underwear, making a perverse comment. His jacket had “Airborne” on it. He defined himself in his profile as a type of dog, a “fiercely protective Belgian Malinois.” Maybe it’s a problem when you have officers who identify as dogs. Just a thought. But it wasn’t even the mask so much as the perverse nature of the interactions. After people called him out on it, he set his account to private.

What was more troubling than that was that several alleged military men were responding to him in similar masks, some of whom also had concerning timelines, doing disgusting things in their uniforms. I would like to hope this is some weird psyop and the military will tell us this isn’t true.

I’m not in the military but to me, this practically screams conduct unbecoming. It also made me worried once again about the status of our military. And what must our enemies think, if they see things like this? The alleged Army colonel had been posting for some time, so you would have thought that he was easily identifiable if the Army cared. But do they care, or do they think posting pornographic things in public timelines is just a dandy thing for members of the military to do? Our military under Biden already seems not to have a problem with all kinds of woke craziness. But unbecoming fetish behavior in uniform on public social media from military members who pretend to be dogs? We just might be in some deep trouble.