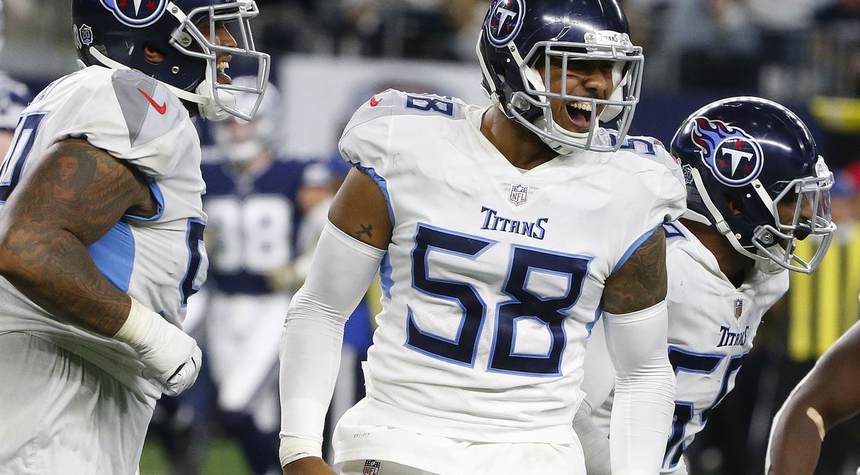 My wife and I have become avid fans of American football. The Canadian game left us cold. Three-down football is a bore, the larger field resembles a soccer pitch, and the caliber of players is necessarily weaker than that of their American counterparts. Four-down football is far more interesting, eliminating the need for constant punt exchanges and allowing us to examine and enjoy the complexity of strategy, play adjustments, lots of audibles, and the evolution of play formation in general.

We have our favorite players and teams. I appreciate the toughness and camaraderie of the Tennessee Titans before their seemingly inexplicable run of losses. My wife is a devoted fan of the Kansas City Chiefs, something I never quite understood. Since we are contemplating moving to Florida, we also focused on the two local teams. We both felt the Miami Dolphins were overrated despite an exotic quarterback, and the Tampa Bay Buccaneers have been a disappointment.

Sunday, Monday, and Thursday evenings are dedicated to the game. We noted how the great pocket passers like Aaron Rodgers and Tom Brady were gradually being eclipsed by stronger and more mobile quarterbacks like Jaylen Hurts of the Philadelphia Eagles and Lamar Jackson of the Baltimore Ravens. Still, we were fond of Rodgers for his (past?) excellence as a pinpoint passer and gutsy presence. We liked Brady when he was with the New England Patriots and, even though he is a controversial figure, wished him good luck with the Bucs.

Recently, though, we have grown alarmed at the high volume of injuries among the teams, rosters increasingly decimated, offensive and defensive lines spackled with substitutes, quarterbacks going down like proverbial ninepins, and outcomes determined to a large extent by who remained on the field. In a recent game between the New England Patriots and the Arizona Cardinals, five players were assisted off the field before the first quarter was half-done, including a potentially career-ending injury to Cardinal signal caller Kyler Murray.

Something was going on, but what? Our anecdotal impression was confirmed by a longitudinal analysis conducted by the National Library of Medicine, which concluded that “The rate of injury in NFL players during weeks 1-4 of the 2020-2021 regular seasons was significantly higher than during 3 recent past NFL preseasons and regular seasons.” The first mRNA vaccine mandate came on the market in December 2020. The regular 2021 season began in early September, by which time most of the players would likely have been vaccinated. It was bad last year and clearly worse in 2022. Stamina and resilience, muscle and bone, have clearly been impacted.

Apart from mentioning the names of the injured and the nature of their injuries, none of the sportscasters and commenters seem willing to address the elephant in the locker room. It is known that practically all the players are vaxxed, with only rare exceptions like Aaron Rodgers. It is known that a soaring number of adverse effects have followed upon the introduction of the vaccines and booster shots, including the spiraling prominence of what is called SADS, or Sudden Adult Death Syndrome, people popping off in record numbers, with no prior warning, to heart attacks, brain clots, and cancer. No one in authority, not even families who have lost “loved ones,” will mention this unprecedented medical anomaly, which is certainly not the result of COVID-19 — the “19” is long past. Autopsies have plainly shown that the vaccines are implicated, as does the timeline. Yet omerta prevails.

SLAY Magazine reports that recent data from Germany, based on insurance tables, show that “unexpected deaths have been skyrocketing since the end of 2020… jumping from about 6000 per quarter to 14,000 currently.” Similarly, the Australian Bureau of Statistics reveals a 13% rise in deaths during 2022.

A recent article in The Epoch Times compiles a large number of studies and clinical investigations dealing with the adverse effects of the vaccines. According to direct evidence published by medical pathologists at Heidelberg University Hospital, mRNA vaccines cause myocarditis via fibrillation or ventricular tachycardia. Vaccinated patients suffered from autoimmune attacks on their own heart cells.

The findings, published on Nov. 27, 2022, established “the histological phenotype of lethal vaccination-associated myocarditis.” Other original studies come to the same conclusion. Epidemiological guidelines codified by the Bradford Hill criteria indicate that the relation between mRNA vaccine and injury is causative rather than correlational. Colleen Huber’s study of the nine elements comprising these criteria in her 2022 book Neither Safe Nor Effective posits a relation between “the vaccines and human health events, including higher rates of death from all causes.”

Interestingly, pushback is growing against the pharmaceutical cartels. Gov. Ron DeSantis of Florida is now threatening “to hold these manufacturers accountable for this mRNA vaccine.” Florida Surgeon General Dr. Joseph Ladapo is looking into the increased instances of cardiac arrest, the mounting number of stillbirths and miscarriages, and the failure of the medical profession to allow for informed consent among their patients with respect to the jabs. The Florida administration is to be commended for taking up the challenge against a secretive and venal pharmaceutical industry and its medical and political hoplites, though I don’t know if that will help Tua Tagovailoa regain his form or revive the Brady bunch on the field of play at this time.

See also  Reality Checks In: "Indestructible" Retail Traders Who Made Millions During The Pandemic Are Now Tapped Out

One need not consult the hundreds of meticulous and authentic reports and studies to arrive at similar conclusions. One need only spend a few months watching football to detect that something weird is happening. Players have become increasingly vulnerable, far more prone to injuries than in recent memory, and the carnage on the field consorts with the introduction of the vaccines.

One should not pay attention to the complicit and corrupt medical authorities who, unlike Dr. Ladapo and a small constellation of his confreres, have changed their minds so often that they resemble weathervanes in a windstorm. They have, to use a common term, not only contrived to move the goalposts, but they also have performed the sorcerer’s feat of moving the entire football field. Their contestation will only lead to disaster.

One can only hope that more and more people, as well as corporations and leagues, will realize that it is the height of folly to continue taking a significantly untested genomic substance into one’s body. We’ve had enough of this silent and often denied “mystery”: ordinary people, airline pilots, celebrities, journalists, royalty, and, yes, football players apparently succumbing to its effects, whether severely critical or generally debilitating. It’s time to blow the whistle.