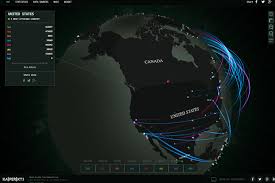 The Internet Corporation for Assigned Names and Numbers (ICANN) declared after an emergency meeting “an ongoing and significant risk” to key parts of the infrastructure that affects the domains on which websites reside.

“They are going after the internet infrastructure itself,” ICANN chief technology officer David Conrad told AFP.

“There have been targeted attacks in the past, but nothing like this.”

The attacks date back as far as 2017 but have sparked growing concerns from security researchers in recent weeks, which prompted the special meeting of ICANN.