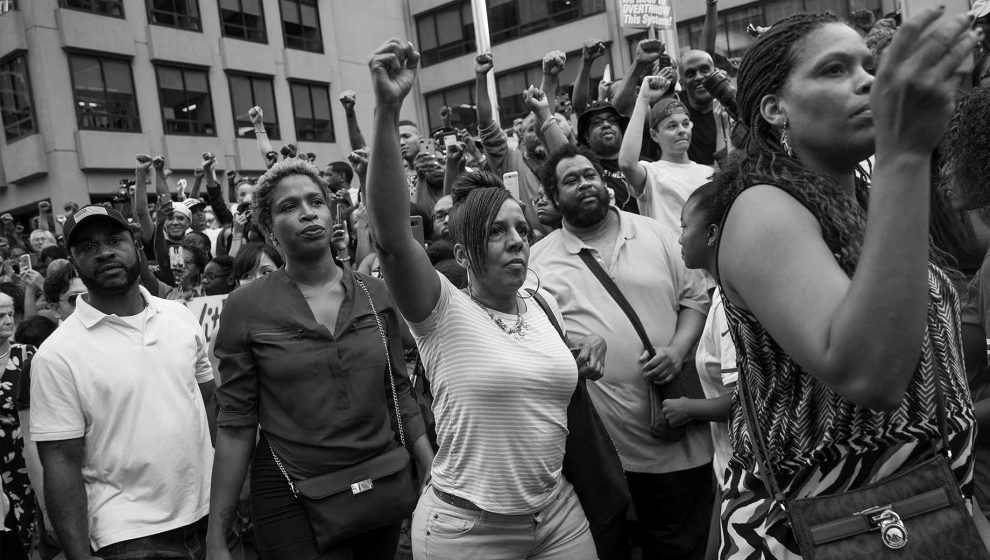 Black Americans may need to “flee the country” in the face of an apparently growing population of “crazy White people” who are “not to be trifled with,” according to a recent Washington Post piece.

In an essay published in the Post on Tuesday titled, “Why Black people are afraid of ‘crazy’ White people,” columnist and associate editor Jonathan Capehart begins by letting readers in on a “little secret” — “black people” don’t fear typical white people, but rather “crazy” ones.

“Things felt so dicey during the Trump years, I half-joked that my husband and I might have to reenact that scene from ‘The Sound of Music’ and flee the country,” he said.

“Now, an alarming new report from the Southern Poverty Law Center [SPLC] shows that my ‘Operation von Trapp’ might need to go live,” he added. “The ranks of ‘crazy’ White people appear to be growing — and the rest of us don’t know what to do about it.”

Capehart defines “crazy” as one who “believes any aspect of the racist ‘great replacement’ conspiracy.”

“This is the noxious idea that liberals are deliberately replacing White people with non-Whites and immigrants,” he said, claiming it “allegedly drove an 18-year-old man to target Black people in Buffalo, killing 10 and wounding three.”

He called the fact that the “twisted belief” is so widely held, “terrifying,” as he cited a recent Washington Post/Ipsos poll allegedly revealing the “present-day Black fear of White violence.”

He also argued that the “right to self-protection, let alone the right to bear arms, doesn’t exactly apply to Black people.”

“Imagine I get a gun for self-protection (not that I ever would, but stay with me). A situation arises in which I use it to protect myself. But then the cops arrive, see a gun, ‘fear for their lives,’ and, well, the rest writes itself,” he said.

“Remember Philando Castile?” he asked in reference to a black man who was fatally shot in 2016 by a Minnesota police officer in an incident that was live-streamed in a widely shared Facebook video. “We can’t win.”

Though Capehart “won’t be getting a gun. Ever,” he considers the decision to “leave the country for my own protection.”

“It’s a question many people of color have been pondering the past several years,” he wrote, highlighting Daily Beast reporter Wajahat Ali’s latest column, “Is It Time for Me to Leave America?”

However, according to Capehart, the decision to leave is not due solely to “race,” but also to issues surrounding gender, LGBTQ, and abortion.

“The SPLC report notes a correlation between the obsession with ethnic ‘replacement’ and a fixation on gender identity,” he wrote. “And look: More than 300 anti-LGBTQ bills have been filed this year alone, many of them targeting trans children and their families.”

“This is not to mention the threat to abortion access or to other rights (such as my marriage) that could fall like dominoes,” he added.

Though citizens can and must “vote and organize, and change hearts and minds and all that,” Capehart demands that “marginalized people” not be blamed for “being scared.”

“The warnings of a potential loss of freedom, liberty and life are omnipresent and unrelenting, like being in the middle of Times Square with every sign flashing ‘You in danger!’” he wrote.

Capehart attributes all the aforementioned “threats” to a supposed rise in “crazy” white Americans.

“And it’s all because the number of ‘crazy’ White people in America fearing ‘replacement’ appears to be growing — and they seem ready to do whatever it takes to stay at the pinnacle of American life,” he wrote.

“I’m not sure they will succeed in getting me to leave my country,” he added. “But ‘Operation von Trapp’ is ready. ‘Crazy’ White people are not to be trifled with.”

The Post essay comes as many on the left continue to depict America as a systemically racist country.

Also in May, CNN senior political reporter Malika Henderson said that “white Americans have to come to terms with” their racism while reacting to President Joe Biden’s speech in Buffalo, NY, after the mass shooting in Tops supermarket.

In April, 1619 Project creator and professor Nikole Hannah-Jones said she did not know how anyone could argue that the U.S. was not “founded as a racist country.”

In March, a Washington Post piece accused many Americans of denying and downplaying rampant racism throughout the country, claiming the killers of Ahmaud Arbery “stand in for millions of Americans” nationwide who believe that skin color deems one “less worthy.”