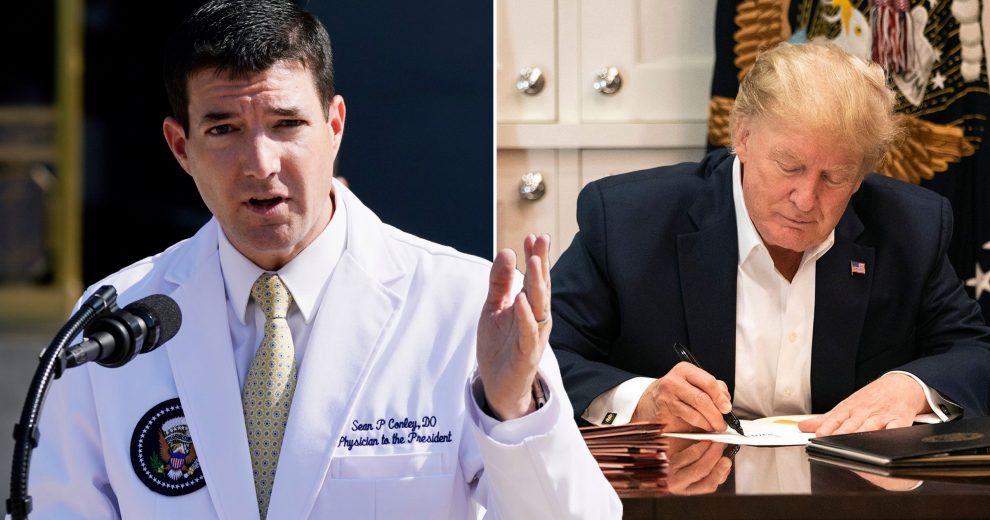 President Donald Trump could be released from Walter Reed Military Hospital as soon as Monday, according to the doctors at Walter Reed hospital.

“If he continues to look and feel as well as he does today, our hope is that we can plan for a discharge as early as tomorrow,” Dr. Brian Garibaldi said, noting that if the president was discharged, he would continue receiving care at the White House.

The team of doctors spoke to reporters on Sunday morning outside the hospital and said that the president was responding well to treatment.

The president had completed a second dose of remdesivir, with no side effects, and would continue on a five-day course. The team also began using a dexemethazone therapy, Garibaldi confirmed.

Dr. Sean Conley addressed some confusion from Saturday, when contrary information was released from the doctors and sources at the White House.

Conley said that comments from “sources familiar” with the president’s condition, which described the president’s vitals over the last 24 hours as “very concerning,” were “misconstrued.” The comments to reporters were later attributed to White House Chief of Staff Mark Meadows.

“The chief and I work side by side, I think his statement was misconstrued,” Conley said. “What he meant was that 24 hours ago, when he and I were checking on the president, that there was that momentary episode of the high fever and the temporary drop in the saturation, which prompted us to act expediently to move him up here.”

Conley confirmed that the president did actually receive supplemental oxygen on Friday when his blood oxygen saturation levels fell to the low 90s at the White House.

“He was fairly adamant that he didn’t need it. He was not short of breath,” Conley said, explaining that the president only had oxygen for about an hour before his levels returned to normal.

“I was trying to reflect the upbeat attitude that the team and the president has had,” Conley said. “I didn’t want to give any information that might steer the course of the illness in another direction, and in doing so, it came off we were trying to hide something, which wasn’t necessarily true.”