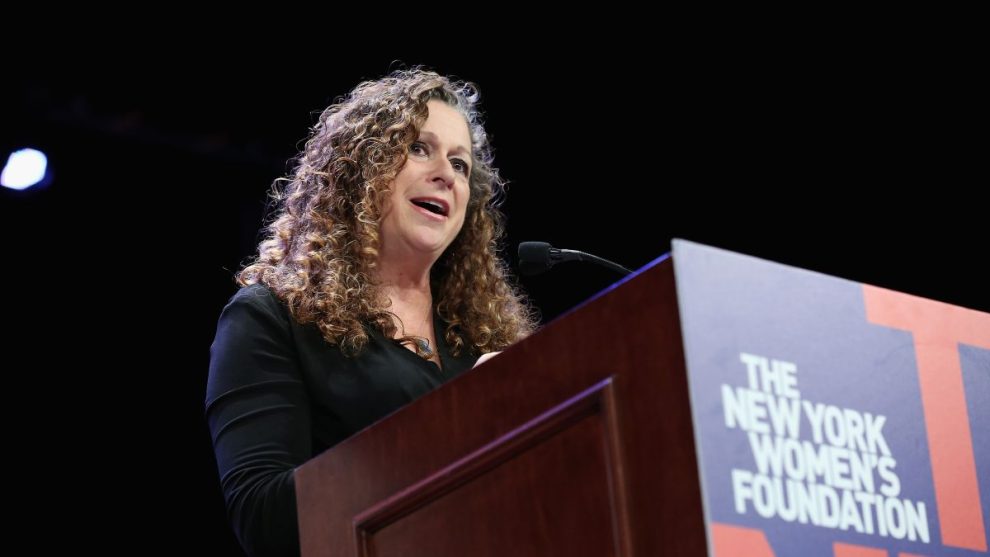 Back in 2014, I introduced you to Abigail Disney, the granddaughter of Walt Disney’s brother and business partner Roy. When we first met her, the heiress, documentarian, and far-left activist was biting the hand that feeds her by doubling down on the patently false smears that the left has aimed against Walt for generations in their attempts to paint him as sexist, racist, and antisemitic.

On Friday, Abigail Disney went on an unhinged rant on Twitter. The rant wasn’t aimed so much at DeSantis and Florida’s Republicans or in support of Disney’s extreme woke turn, but against “right wing nonsense” and the business world.

And as best I can tell, it wasn’t an April Fool’s Day joke.

THREAD/ Like all radical ideologues, the right wing has finally run amok and is coming to devour the hand that feeds it. Business. For my part I am delighted. It is the business world that has been, either by act or omission, feeding the opportunist right wing to distract 1/ pic.twitter.com/7okhzmFII0

Abigail Disney’s wacko rant started as a retweet of a tweet by Christopher Rufo, the journalist who has done amazing work uncovering the wokeism prevalent in our culture.

We are waging moral war against Disney. We are directly targeting their public reputation. We are turning half of their customers against them.

She began by claiming that the right has turned on business — that’s business in general, not merely woke corporations.

“Like all radical ideologues, the right wing has finally run amok and is coming to devour the hand that feeds it. Business,” she shrieked. “For my part I am delighted.”

For her part, if Disney’s business fails, so does her gravy train and her ability to trade on that famous name. She also accused “business” of “feeding the right wing” while “they rifle through the till and empty everyone’s pockets.”

Yep. But she went even crazier.

“This ‘anti-woke’ right wing nonsense is unsupported by a large majority of Americans,” she raged. “In fact most Americans are offended by it and wish it would just go away.”

Funny, Abigail, but the polling I’ve seen about the Parental Rights in Education bill in Florida shows that 61% in total support it, while two-thirds of parents are in favor of it and even 55% of Democrats think it’s a good piece of legislation. That’s a strange way to show that you’re “offended” and “wish it would just go away.”

According to Abigail Disney, it’s big business that’s funding all those bigoted right-wingers who unfairly want parents to have a say in their kids’ education.

You need two things to rule with a minority. First, you need to be constantly looking for fresh meat to throw to the minions, to keep them riled up all the time. That works until the herd thins (remember Scar in Lion King?). So now they’ve come for American Businesses.

It was really only a matter of time. But the second thing you need to rule with a minority is money, lots of it. You need the very deep pockets to fund you, yes, and if they don’t, you need them to sit quietly along the sidelines, out of your way.

Until now, business has been content to do just that. Or they compartmentalized like sociopaths when they funded folks like Dennis Baxley who wrote the hateful Don’t Say Gay bill because as the CEO claimed, he had no way of knowing he might vote for legislation like that.

So all of this is the fault of Big Business? The same corporate America that wraps everything in rainbows throughout the month of June — and now, inexplicably, in October? The exact group of corporations who spoke out in favor of Black Lives Matter and against police in 2020? The organizations that have fallen long and hard for vaccine mandates and lockdown fear-porn throughout the pandemic? All that behavior screams right-wing to Abigail Disney.

She also blamed the business world and its “silence” on woke issues for giving us Donald Trump and “this whole raft of Trump wanna-be’s now casting about for new and more insidious ways to tear the country apart.”

She rambled on and on about tax breaks and subsidies before settling on a conclusion that’s right on the surface, even though her reasoning for it was completely the opposite of the truth.

“This is a monster of corporate America’s creation,” she railed.

And she’s right, except for the fact that the monster that corporate America has created is this ubiquitous wokeness.

Don’t worry: Abigail Disney has a remedy, and she shared it.

“The only thing that will work for business now if they want to emerge in one piece, is to stand tall for authenticity, generosity, joy and decency,” she declared. “These things are cryptonite for the right wing agenda. So the cure for this isn’t hard. And it also just so happens to be the heart and soul of the Disney brand.”

So Abigail Disney thinks that wokeness is the “heart and soul of the Disney brand.” Look: I know Walt died when she was six and her grandfather Roy passed away when she was 12, but all she has to do is look at the decades of wholesome entertainment that Disney has produced up until the last few years to see how wrong she is.

She finished off her rant by aiming her arrows directly at Rufo.

“Yeah guys like Rufo can try, but Disney is so much bigger, means so much more to the American people than that little punk can ever hope to mean,” she concluded.

For his part, Rufo has been unflappable, responding by calling out Abigail Disney’s personal hypocrisy:

• Said Walt Disney was a "racist," but trades on his name for personal privilege

• Insists she gave her inheritance away, but kept $120 million

You can’t fight Abigail Disney-level crazy. You just point it out to the world.