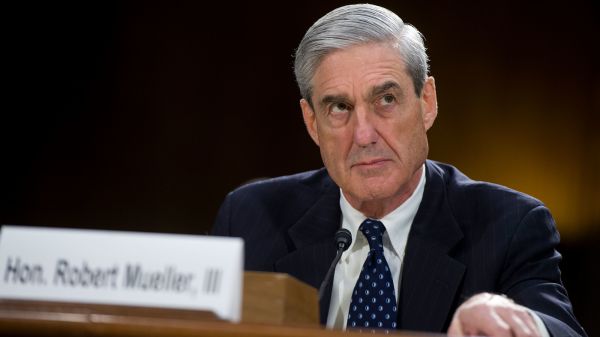 The Justice Department will wait at least one more day to deliver the conclusions of special counsel Robert Mueller’s long-awaited report on Russian interference in the 2016 election.

Those conclusions reflect federal investigators’ answer to questions that have loomed over the first two years of President Donald Trump’s administration: Did his campaign coordinate with a Russian effort to sway the 2016 election, and did he seek to obstruct the inquiries that followed?

A department official, who was not authorized to speak publicly, said officials would not release those conclusions on Saturday.

Mueller submitted his confidential report to Barr on Friday.

Rather than delivering the full report directly to lawmakers, Barr said he would review the document to determine what could be released to Congress and the public. In his notification, Barr said neither the attorney general nor acting attorney general had blocked Mueller from pursuing any aspect of his investigation.

Mueller’s report signaled the end of an investigation launched in secret months before Trump was elected, when the FBI began gathering clues that made them suspicious of aides to Trump’s campaign. The probe mushroomed to include whether the campaign coordinated with Russian efforts to interfere in the 2016 election, and whether the president himself attempted to obstruct it. And it produced a cascade of other criminal investigations targeting people around Trump, which have not yet concluded.

Mueller’s investigation revealed an extensive Russian intelligence operation that used hacking, stolen documents and phony social media campaigns to sew discord in U.S. politics and support Trump’s campaign for the presidency. It revealed that some of Trump’s aides worked eagerly to benefit from that operation, seeking damaging information from Russians even as Trump was seeking out business in the country. And it revealed that many of Trump’s aides then lied to Congress, federal investigators and the public to downplay those connections.

But the now-completed probe has not resulted in charges that anyone associated with Trump coordinated with the Russians, and a Justice Department official said Mueller’s report did not recommend that anyone else be charged.

In the 22 months since he was appointed, Mueller has brought charges against more than two dozen alleged Russian operatives, and a succession of aides and advisers to Trump, including his personal lawyer, national security adviser and former campaign chairman. Those charges, detailed in hundreds of pages of court filings, offered a public preview of the evidence investigators had uncovered.

Barr had warned that he could withhold some aspects of Mueller’s review, including classified information and material from grand juries. The department also has policies against releasing derogatory information against people who aren’t charged.

But lawmakers in both parties want the bulk of Mueller’s evidence released. Republicans seek to vindicate the president. Democrats want to bolster investigations into the Trump administration and his namesake business.

Mueller’s investigation led to the indictment of 34 people and three companies on scores of charges. Dozens of Russian nationals were charged with hacking Democratic computers and spreading disinformation during the campaign.

Trump aides were convicted of lying to Congress or investigators, or for campaign-finance violations or for tax and bank fraud. High-profile convicts included Michael Cohen, Trump’s longtime personal lawyer and fixer, and Michael Flynn, Trump’s former National Security Adviser and a member of his campaign staff. Trump’s onetime campaign chairman, Paul Manafort, also was convicted in one case and pleaded guilty in another. And Roger Stone is facing trial in November for allegedly lying to Congress about his interactions with the anti-secrecy group WikiLeaks during the campaign.

But the investigation didn’t charge anyone on the campaign with cooperating with Russians to influence the election.

Trump quietly awaited Mueller’s findings at his Mar-a-Lago resort, neither commenting nor tweeting for much of Friday evening and throughout Saturday.

Trump has dismissed the probe as a “hoax” and a “witch hunt” led by political opponents in the Justice Department and the FBI. Among its most immediate consequences was a remarkable rift between the president and his appointees inside the Justice Department, including former Attorney General Jeff Sessions, who was ousted in November after he recused himself from the probe. 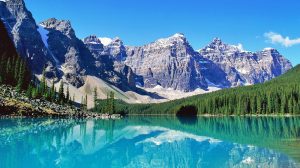