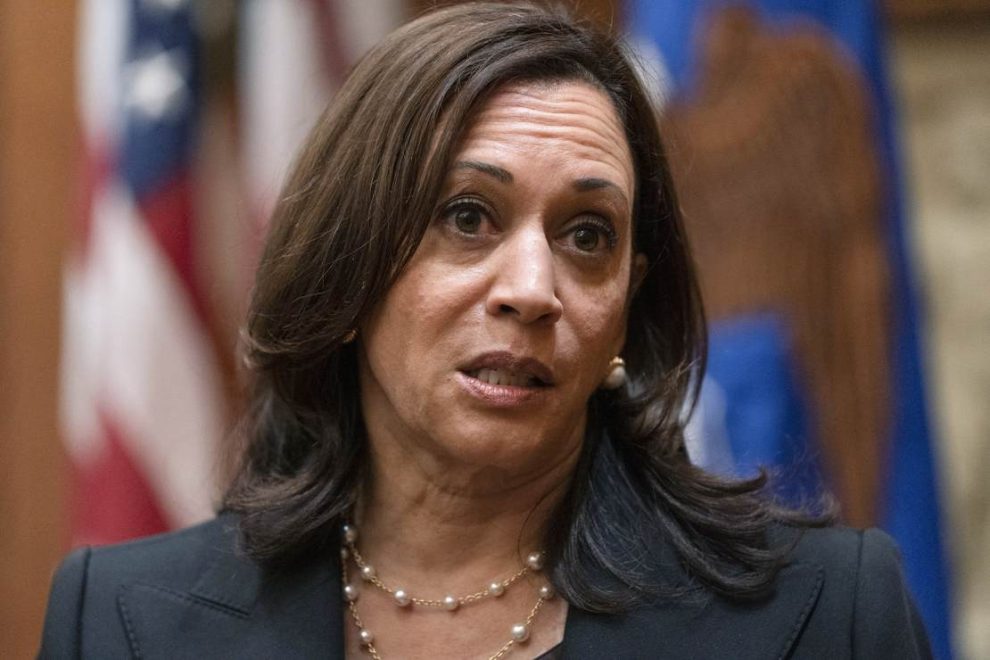 The sad news came on Friday: after just a few months on the job, alleged Vice President Kamala Harris’ director of speechwriting, Meghan Groob, is quitting. Groob has only been on the job since April; her predecessor, Kate Childs Graham, quit in February. The strangest part of this story, however, is not the continuing revolving door in Harris’ office; it’s the fact that the notoriously tongue-tied vice president had a “director of speechwriting” in the first place. You mean somebody actually writes Harris’ famous word salads?

Harris’ public statements leave us with two unpalatable choices: either the putative vice president has an unfortunate penchant for venturing off script and into incoherence, or Groob is the most spectacularly incompetent speechwriter in the history of the known universe. Imagine being the composer of this Harris pronouncement on inflation: “Well, first of all, I acknowledge one must acknowledge, um, that prices are going up. And that people are working hard. And in many cases are worried about whether they can get through the end of the month and make it all work.” Or these pearls of wisdom about skyrocketing inflation rates: “Prices have gone up. And families and individuals are dealing with the realities of that bread costs more, that gas costs more.”

Did a speechwriter give Harris this to say last January about the Biden administration’s approach to the COVID hysteria? “It is time for us to do what we have been doing. And that time is every day. Every day it is time for us to agree that there are things and tools that are available to us to slow this thing down.” Yes, she really said that.

Some of these date from before Groob took the job, and to be sure, it’s unlikely they are the work of Harris’ speechwriting team. After all, Groob has an impeccable Leftist elite pedigree: according to Politico, before joining the Harris team, Groob “had previously worked as a speechwriter for Bill Gates and as an editorial director at Gates Ventures.” Whatever can be said about him, Gates is not noted for mangling the English language or uttering portentous inanities, so it’s unlikely that Harris’ notorious ramblings are Groob’s fault. It’s more likely that after a steady diet of Harris’ word salads, Groob quit Harris’ staff in sheer frustration.

It’s also true, however, that the supposed vice president has a reputation for being difficult to work for. Even the New York Times, in a lengthy and sympathetic December 2021 feature on Harris, included this:

Gil Duran, who worked for Ms. Harris when she was California attorney general in 2013, said she could be insulting and unprofessional. Mr. Duran said he quit after five months on the job when Ms. Harris declined to attend a briefing before a news conference, but then berated a staff member to the point of tears when she felt unprepared. “A lot of us would still be with her if she was the Kamala Harris we thought she would be,’” Mr. Duran said.

Apparently, Kamala Harris is both utterly vacuous and demanding and difficult. Once she hires Groob’s hapless successor, it will be interesting to see if her public statements start becoming more intelligent and coherent. That is, however, unlikely. There is abundant evidence at this point that the problem of Kamala Harris is not a matter of staffing or speechwriting; it is Kamala Harris herself.