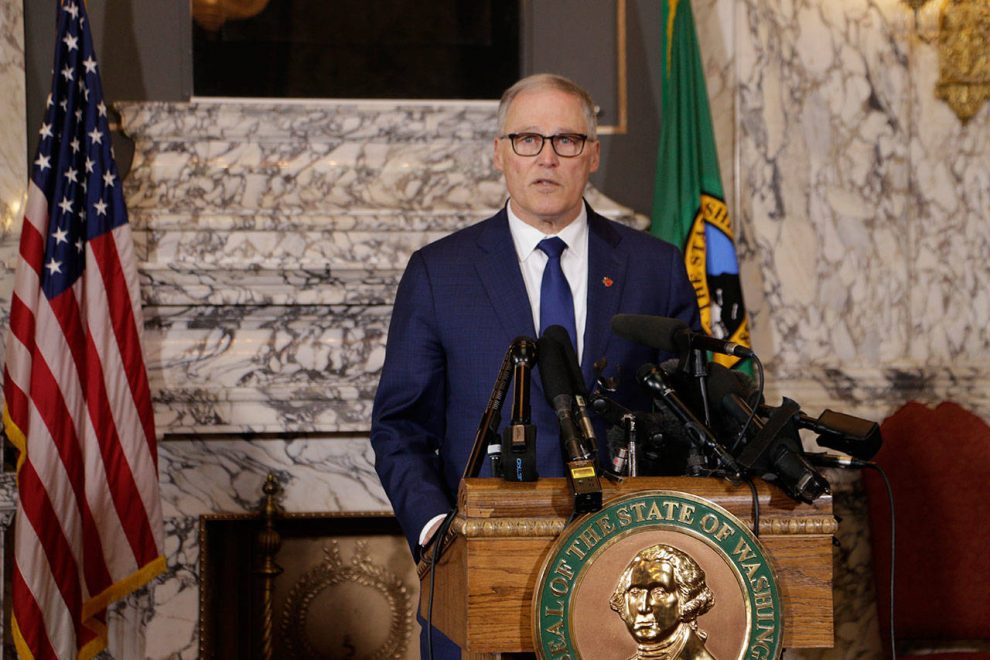 Sunday on NBC’s “Meet the Press,” Gov. Jay Inslee (D-WA) claimed President Donald Trump was saying the coronavirus “was a hoax” while “we were acting to save the lives of our citizens.”

Inslee said, “The evidence that Dr. Birx has pointed to repeatedly does demonstrate we have had some success flattening the curve. That has taken place because we acted relatively early. We had a staged way of moving forward. We’re one of the most aggressive stay at home, stay healthy initiatives in the United States. And I think this has a reason to believe it’s been demonstrably successful. And I’m glad we got on it relatively early. While the president was saying that this was not a problem, I mean, it was a hoax. We were acting to save the lives of our citizens in a number of states, include California and Washington State. It’s pleasing to know that if you act aggressively and if you realize that even though you’re looking okay today, it could bite you big time tomorrow, I think that’s one of the wisdoms.”

“I think it would be good to have a national stay at home order,” he continued. “And the reason is that even if Washington gets on top of this fully, if another state doesn’t, it can come back and come across our borders two months from now. So this is important to have national success. But I want to reiterate. We are a long ways away from being out of the woods. We have not gotten down to anywhere close to where we need to be to declare victory over this horrendous virus.