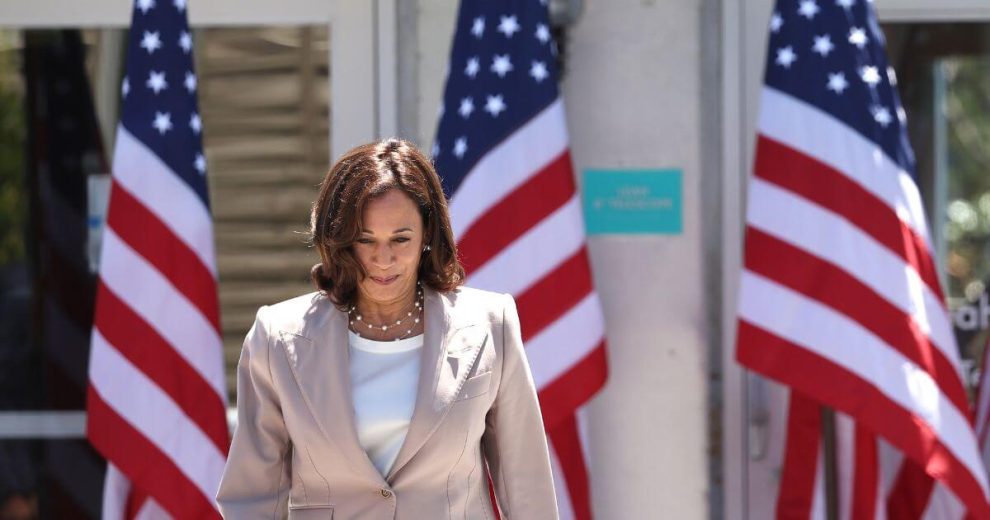 Vice President Kamala Harris has broken the silence of the Biden administration on this week’s FBI raid on Mar-a-Lago. Harris seemed to giggle in spite of herself as she answered a question about the raid.

In video obtained by Fox News and reported by White House correspondent Jacqui Heinrich, Harris framed her response with references to her experience as a prosecutor.

“Well, as a former prosecutor I will tell you I don’t speak about anybody else’s case,” she told reporters with a chuckle. “But I have full confidence that the Department of Justice will do what the facts and the law requires.”

“I will say as a former prosecutor but as a citizen of our nation, any attacks on law enforcement are completely unacceptable and any so-called leader who engages in rhetoric that in any way suggests that law enforcement should be exposed to that kind of danger is irresponsible and can result in dangerous activities,” Harris concluded.

President Joe Biden has not commented on the raid targeting former President Donald Trump’s home, with the only official word being that the White House was not aware of the FBI’s plans beforehand.

Harris’ comments in support of law enforcement appear to conflict with previous statements the vice president has made regarding police.

“Many cities in our country spend one-third of their entire budget on policing. With all the responsibilities those cities have, one-third on policing?” she told The New York Times in June 2020. “If anyone thinks that the way we’re going to cure these problems is by putting more police on the street, they’re wrong.”

In a 2020 appearance on “Good Morning America,” Harris applauded Los Angeles Mayor Eric Garcetti for defunding his city’s police department, according to KABC-TV.

“I applaud Eric Garcetti for doing what he’s done.” pic.twitter.com/2eWH1t67fv

In a June 2020 tweet, she supported an end to qualified immunity for police officers, which would open them up to civil lawsuits from the public.

We need to end qualified immunity for police officers so that victims of police brutality and excessive force can seek justice in court.

During a September 2020 campaign event, Harris said, “It is outdated, it is wrongheaded thinking to think that the only way you’re going to get communities to be safe is to put more police officers on the street.”

Kamala Harris: “It is outdated, it is wrongheaded thinking to think” more police officers on the street will make communities safer. pic.twitter.com/UC2t2estzY

She concluded by citing a need to “reimagine public safety.”