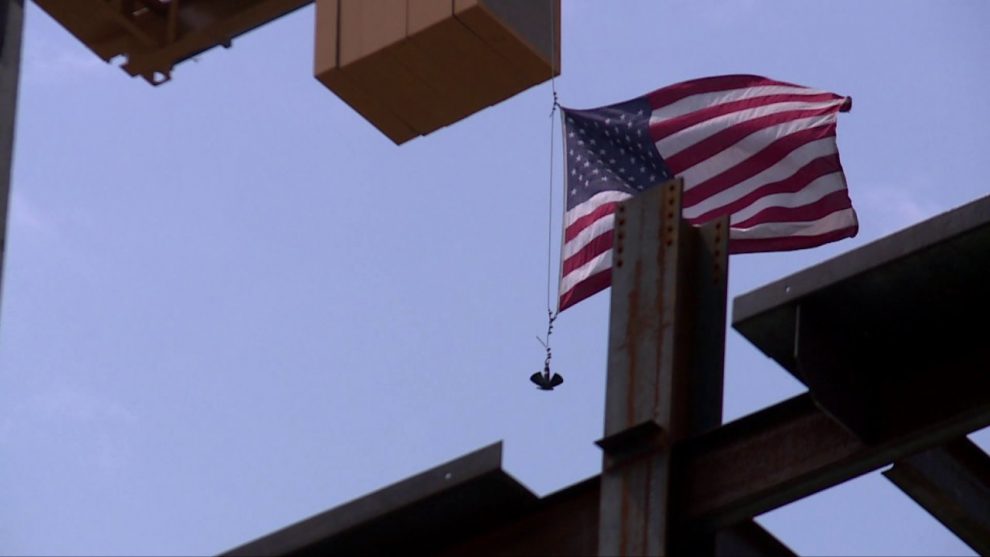 An American flag was removed from a construction site in Richmond, Virginia, on Friday after officials claimed it was a potential target for protesters.

“Over the past month we’ve seen buildings and structures around Capitol Square vandalized and flags, dumpsters, a bus and other items set ablaze during demonstrations around the city,” spokeswoman for the Virginia Department of General Services Dena Potter said in an email, according to the Hill.

“When we saw the flag, we were concerned that it could become a target, so we told the contractor to remove it,” she continued.

However, the decision reportedly angered a subcontractor whose fireproofing company made the approximately one-story tall flag out of tarps, according to NBC 12.

In a Facebook post Thursday, Eric Winston of American Coatings Corp. shared a picture of the flag and said, “the straw just broke the camels back!”:

“This is the flag that our company made out of tarps we use on buildings,” he explained in the caption.

We thought it would be a good idea to hang it, which we did this morning at the new General assembly job, downtown Richmond. Early on it got great reviews by all, and thank you to the GC for allowing us to do it… BUT the GC got a call and we now have to remove it. It seems the “State” deems it a target this weekend for protestors. Since when is this flag, on this weekend, IN THIS COUNTRY, a Target!! Let me guess, if I had a black lives matter flag it would be “ok”!?

“The American Flag is a symbol of Freedom! Many men and women died to maintain this freedom, many more fought and still fight to keep this freedom, and you make us remove it??” he stated.

However, Potter said there was no problem with the standard-sized American flag flying on a crane above the object, but the bigger flag that hung a few stories above the ground was easier to reach and could potentially be a target.

“They were very responsive when we asked them to remove it,” she said of the Gilbane Building Company, adding that the worker’s safety was their top priority and also preventing the flag from being damaged.