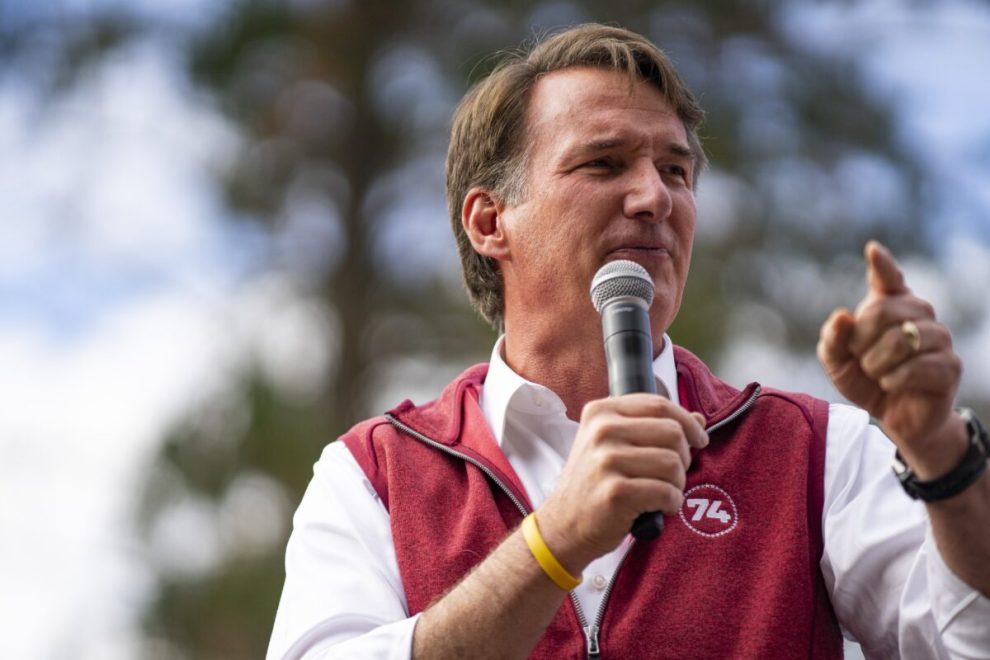 “I didn’t see it… You all know me. I do not call people names. I really work hard to bring people together, and that’s what we’re working on here,” Youngkin said about the former president’s message on social media: “Young Kin (now that’s an interesting take. Sounds Chinese, doesn’t it?) in Virginia couldn’t have won without me.”

After Republicans underperformed in the midterms, Trump appears to be targeting possible 2024 presidential rivals, including Florida’s Republican Gov. Ron DeSantis.

After receiving pushback from a reporter saying Trump was calling the governor names, Youngkin added, “And that’s what I’m saying. That’s not the way I roll and not the way I behave. … This is a moment for us to come together…”

Youngkin on Trump trashing him: “I didn’t see it…You all know me. I do not call people names. I really work hard to bring people together…That’s not the way I roll & not the way I behave…[T]his is a moment to come together” (📹 @Jackie8News) pic.twitter.com/ICIPySCMFL

Trump’s comment came after a discussion on Fox News brought up the Virginia governor’s political future and that he “might be running” in 2024. The former president did also tout his 2021 endorsement of Youngkin, saying, “I Endorsed him, did a very big Trump Rally for him telephonically, got MAGA to Vote for him – or he couldn’t have come close to winning.”

As Breitbart News noted, Trump was referring to a short speech he did to promote Youngkin in 2021, saying that he was a “fantastic guy” and he had a “great” relationship with the now-governor.

The former president also targeted DeSantis, who is another potential 2024 presidential rival, on Thursday, calling him an “average Republican” who would have lost his first gubernatorial election without his endorsement, in addition to accusing him of being disloyal for not publicly denying a run for president in 2024.