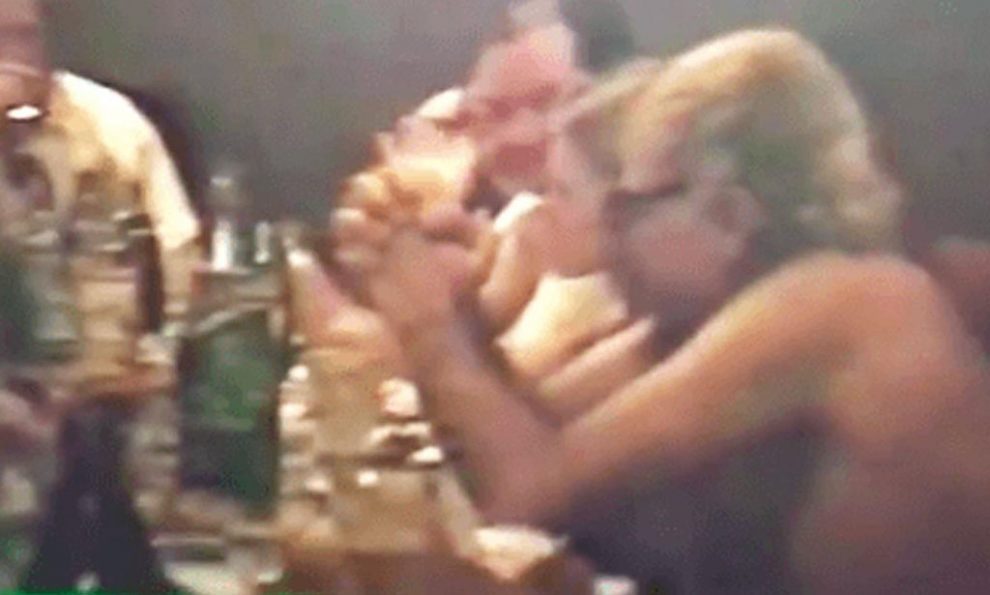 BURLINGTON, Vt. — It’s 1988 in the Soviet Union, the mood is festive, and Bernie Sanders is sitting at a table shirtless in his briefs with his wife, Jane, handing out gifts to the mayor of a midsize city they’ve befriended.

“I have met many fine mayors in the United States,” Sanders says, “but I want to say that one of the nicest mayors I’ve ever met is the mayor of Yaroslavl.”

At another point,a member of Sanders’ delegation hands a Russian woman a small American flag.

“If you’re wondering what’s wrong with capitalism, it’s made in Hong Kong,” he jokes. “Sorry about that.”

Cuomo Slams de Blasio’s Handling Of Riots, Claims He Has Power To ‘Displace’ Mayor but Not ‘At That Point’ Nancy Pelosi Attends George Floyd Protest Surrounded by Guards Obama Defends Protesters: ‘This Country Was Founded on Protest’

The scene is part of 3½ hours of raw, neverpublicly seen footage of the trip Sanders took to the Soviet Union that year — his “honeymoon.” POLITICO viewed the tapes this week, along with a forgotten hour long episode of a TV show created by Sanders that featured the same trip, at the offices of a Vermont government access channel.

Travis Justin, a Navy veteran and leader of “Draft Beto 2020,” a group that is urging Texas representative Beto O’Rourke to seek presidential election, apparently first posted the video to Twitter.

“Recently discovered footage from 1988 reveals a shirtless Bernie Sanders with his wife, Jane, on their honeymoon in the USSR, drunkenly singing ‘This Land Is Your Land’ with a group of presumed Soviets,” Justin captioned the clip, which was surfaced by another Sanders detractor on Twitter.

This Land Is Your Land” has been known to be Marxist version of the anthem made in response to “God Bless America.”

The hours of footage include a scene of Sanders sitting with his delegation at a table under a portrait of Vladimir Lenin. Sanders can also be heard extolling the virtues of Soviet life and culture, even as he acknowledges some of their shortcomings. There are flashes of humor, too, such as his host warning the American guests not to cross the KGB, or else.

The video also paints a fuller picture of why Sanders ventured to the land of America’s No. 1 enemy in the midst of the Cold War, the anti-war idealism that fueled his journey, and what he found when he got there.

Over the course of 10 days, Sanders, who was then the mayor of Burlington, and his dozen-member delegation traveled to three cities: Moscow, Yaroslavl and Leningrad, now known as St. Petersburg.

Their goal was to establish a “sister city” relationship with Yaroslavl, a community along the Volga River home to about 500,000 people. At the time, the Soviet Union was beginning to open itself to the world, if only slightly — and Sanders was a self-described socialist with an unusually large interest in foreign affairs for a mayor.

Democrats and their media allies have spent years trying to smear President Trump as a secret Russian agent but have largely ignored the exploits of their own potential 2020 nominee.

Despite serious and concerted efforts to prop up the sputtering campaign of the now borderline senile Joe Biden, socialist Bernie Sanders is on the brink of surpassing the former V.P. for the inside track on the nomination.

The video of the much younger Bernie drunkenly partying in the heart of what former President Ronald Reagan famously referred to as the “evil empire” is hardly the ideal wedding footage to find its way into the media.

This was well before the day when everyone with a cellphone could shoot high quality video of impromptu events and that Sanders and his blushing bride were comfortable with the entire episode being filmed – likely out of bravado – says a lot about where his true loyalties are.

The resurfaced video is probably not good news for Bernie in this strange era of hysteria when a good portion of the nation is even more Russian conspiracy crazy than during the height of the Cold War and the Dem establishment is sharpening their blades for sanders.

The video of a vodka-fueled Sanders singing communist songs would be easy pickings for President Trump who has vowed that America would “never” be a socialist country were the two to face off in a series of debates.

Ironically, Comrade Bernie was one of those who pushed the debunked conspiracy theories about Trump being in cahoots with the Russkies. 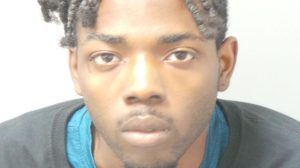 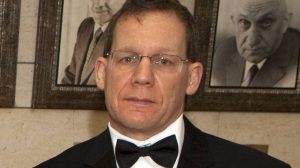 Harvard Professor Charged with Lying About Ties to Wuhan Lab

Sanders Wins Backing of Top Muslim Political Group
Bloomberg To Pay People $2500.00 To Like Him On Socials