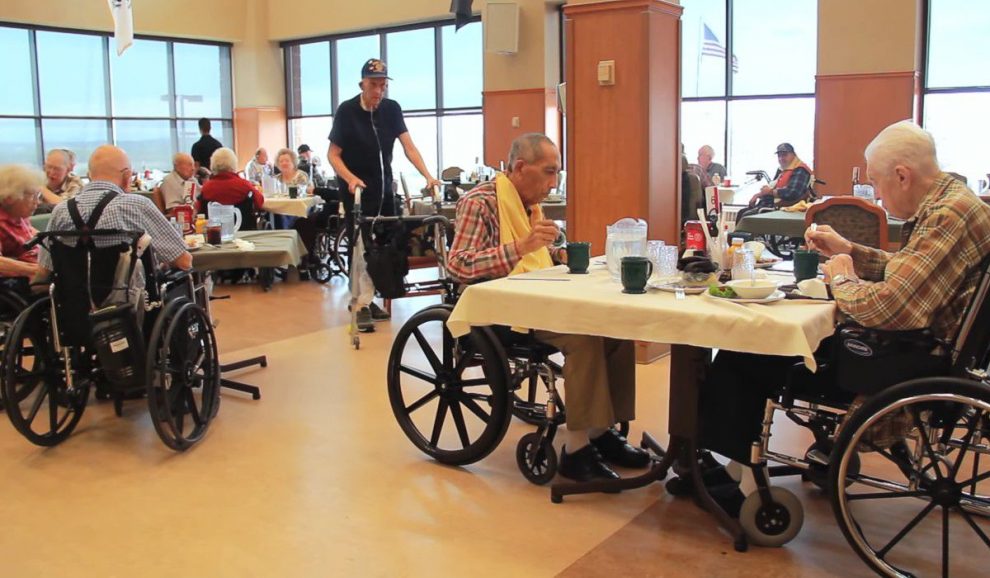 At the Veterans Affairs nursing home in Brockton, Massachusetts, a severely impaired veteran with dementia sat trapped in his wheelchair for hours, his right foot stuck between the foot rests. Inspectors watched as staff walked past the struggling man without helping.

Veterans moaned in pain without adequate medication at VA nursing homes in Dayton, Ohio, and Augusta, Maine. A unit at the VA nursing home in Lyons, New Jersey, had no functional call system for residents to summon caregivers.

From April through December 2018, inspectors from a private contractor cited 52 out of 99 VA nursing homes for deficiencies that caused “actual harm” to veterans. In three facilities, they found veterans’ health and safety in “immediate jeopardy,” and in eight, inspectors found both veteran “harm” and “jeopardy.”

The facilities cited for shortfalls that caused harm are in 25 states, the District of Columbia and Puerto Rico. Harm and jeopardy are standard categories of severity in the industry, but non-VA nursing homes are rarely cited for them.

“It should be very rare when there is harm (or) when someone is … in immediate jeopardy,” he said in an interview, adding it’s difficult to compare VA findings with inspections of non-VA nursing homes because those inspections may not be as rigorous.

Inspectors found that staff at more than two dozen VA nursing homes failed to take steps to ensure existing bedsores healed or new ones didn’t develop. They can occur when frail people are left in the same position for too long. In Cincinnati, one resident had five bedsores in six months, yet when inspectors visited, they found no one moved the man or put cushions under him for hours.

“It’s heartbreaking, and you think these are our vets, how can we not be taking care of them?” Mollot said.

Bedsores are “almost always preventable, and quickly treatable,” he said. “So there’s just no excuse.”

In a statement issued with the inspection reports this month, VA officials said residents in their nursing homes are more difficult to care for than residents in private facilities. They said 42 percent of residents last year had conditions related to military service that have left them 50 percent or more disabled.

VA spokesman Curt Cashour said Wednesday that non-VA nursing homes also have problems. He said that by posting the VA reports for the first time, “we hope to drive improvements throughout the system.”

See also  Liz Cheney Just Got the Endorsement She Needs (Try Not to Laugh Too Hard)
→ What are your thoughts? ←
Scroll down to leave a comment: