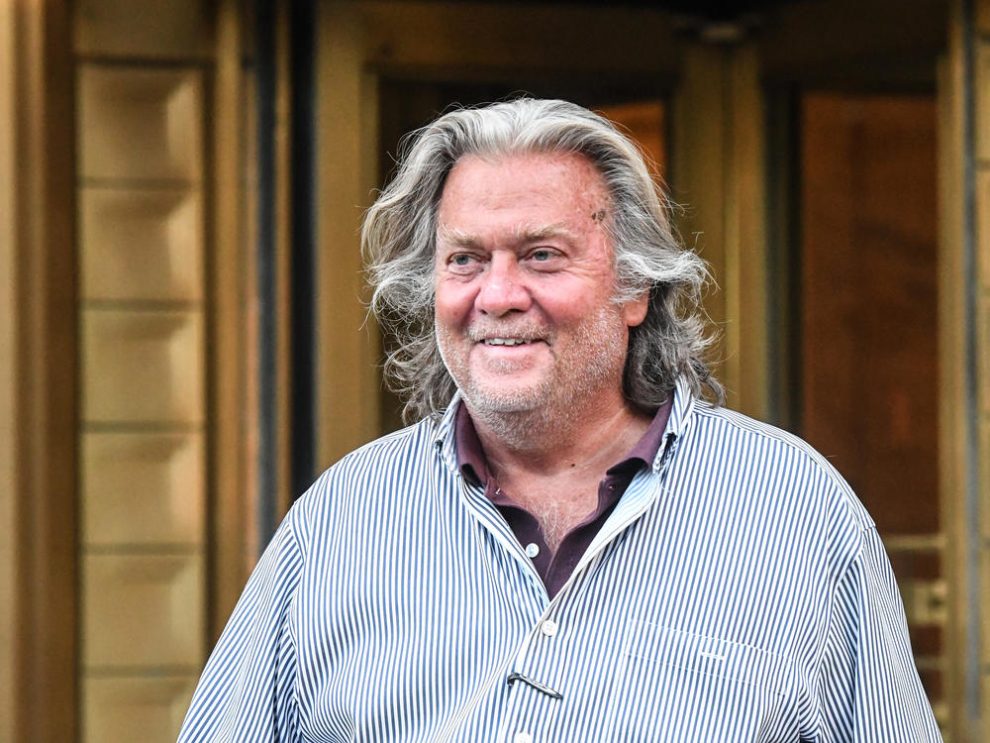 A DC jury on Friday reached a verdict in Steven Bannon’s criminal contempt case after a four-day trial.

Update: After deliberating for three hours, the jury found Steven Bannon guilty on two counts of contempt of Congress.

Bannon is facing up to two years in prison and will be sentenced on October 21.

Breaking: The jury has reached a verdict in Steve Bannon's trial.

A jury on Friday found former Donald Trump adviser Steve Bannon guilty on two counts of contempt of Congress for blowing off the Jan. 6 select committee.

Upon sentencing, Bannon will face a mandatory minimum sentence of 30 days incarceration and up to one year behind bars. He could also be fined between $100 and $100,000. He is expected to appeal.

“This case is not complicated, but it is important,” Assistant U.S.
Attorney Molly Gaston told jurors during closing arguments on Friday.

Bannon, Gaston argued, “did not want to recognize Congress’ authority” or play by the government’s rules.

“Based on long-standing U.S. Department of Justice authority, you should not appear for deposition or provide documents,” Bannon said.

A US president’s executive privilege is derived from the separation of powers.

Steve Bannon was pardoned by President Trump in 2020 for his role in the WeBuildTheWall project. This project launched by Brian Kolfage raised over $20 million and was able to build over 4 miles of wall on the US southern border in record time. The project infuriated the left and GOP RINOs who support open borders and unlimited migration.