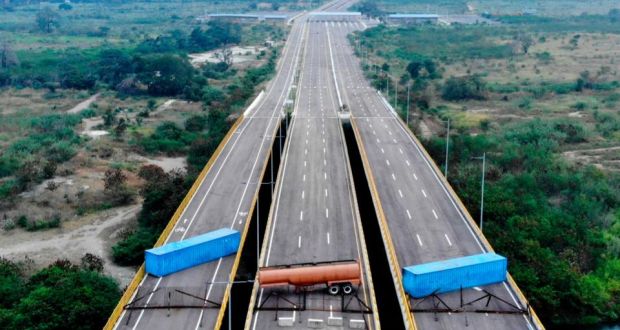 Venezuelan troops will remain stationed along the country’s borders to prevent territorial violations, the defense minister said on Tuesday, ahead of the opposition’s plan to bring in humanitarian aid to alleviate an economic crisis.

President Nicolas Maduro has rejected offers of foreign food and medicine, denying there are widespread shortages and accusing opposition leader Juan Guaido of using aid to undermine his government in a U.S.-orchestrated bid to oust him.

Guaido has said that aid will enter Venezuela from neighboring countries by land and sea on Saturday. The United States has sent tons of aid to Colombia’s border with Venezuela, but Maduro has refused to let it in.

See also  Not A Joke: Far-Left Mag Says Biden A ‘Visionary’ Like Founding Fathers
→ What are your thoughts? ←
Scroll down to leave a comment: