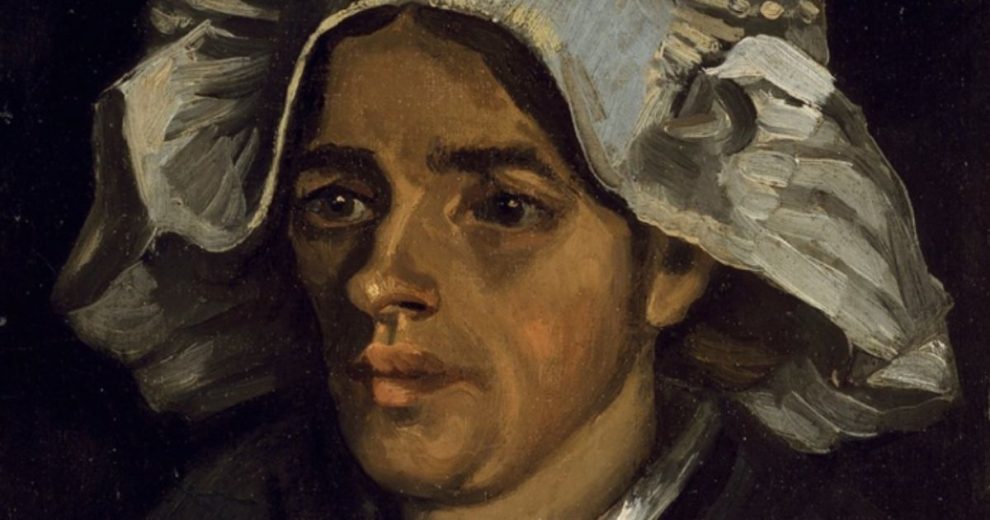 Workers at the National Galleries in Scotland stumbled upon a hidden self-portrait behind a Vincent Van Gogh painting while carrying out routine cataloging.

“We have discovered what is almost certainly a previously unknown self-portrait by Vincent van Gogh. Yes, you read that right!” the National Galleries said in a Thursday news release.

“Moments like this are incredibly rare,” Professor Frances Fowle, senior French art curator with the National Galleries, said, according to the New York Post.

Curators found the hidden portrait after running an X-ray through the painting known as “Head of a Peasant Woman.”

They were cataloging the 1885 painting ahead of the exhibition “A Taste for Impressionism,” which will take place from July 30 to November 13, 2022.

The portrait “shows a bearded sitter in a brimmed hat with a neckerchief loosely tied at the throat,” the National Galleries said.

“He fixes the viewer with an intense stare, the right side of his face in shadow and his left ear clearly visible,” the news release stated.

According to the National Galleries, the self-portrait was underneath layers of glue and cardboard behind the canvas.

“Our experts believe these materials were applied ahead of an exhibition in the early twentieth century,” the news release stated.

“Van Gogh often re-used canvases to save money. However, instead of painting over earlier works, he would turn the canvas around and work on the reverse,” the National Galleries said.

The National Galleries believes that there is a possibility staff could remove the glue and cardboard layers to unveil the self-portrait underneath.

However, researchers are still figuring out a way that uncovering could be done without harming the main painting, the news release said.

“The challenge will be removing the adhesive from the oil paint layers, exploiting the difference in solubility of animal-based glue and oil-based paint,” National Galleries of Scotland senior paintings conservator Lesley Stevenson told The Guardian.

Until the self-portrait can be uncovered, visitors to the National Galleries’ exhibitions can see its X-ray image.

“Once revealed, the hidden self-portrait will be part of a group of several such self-portraits and other works painted on the back of earlier canvases from the Nuenen period,” the National Galleries said.

The self-portrait will be featured at the “A Taste for Impressionism” exhibition.