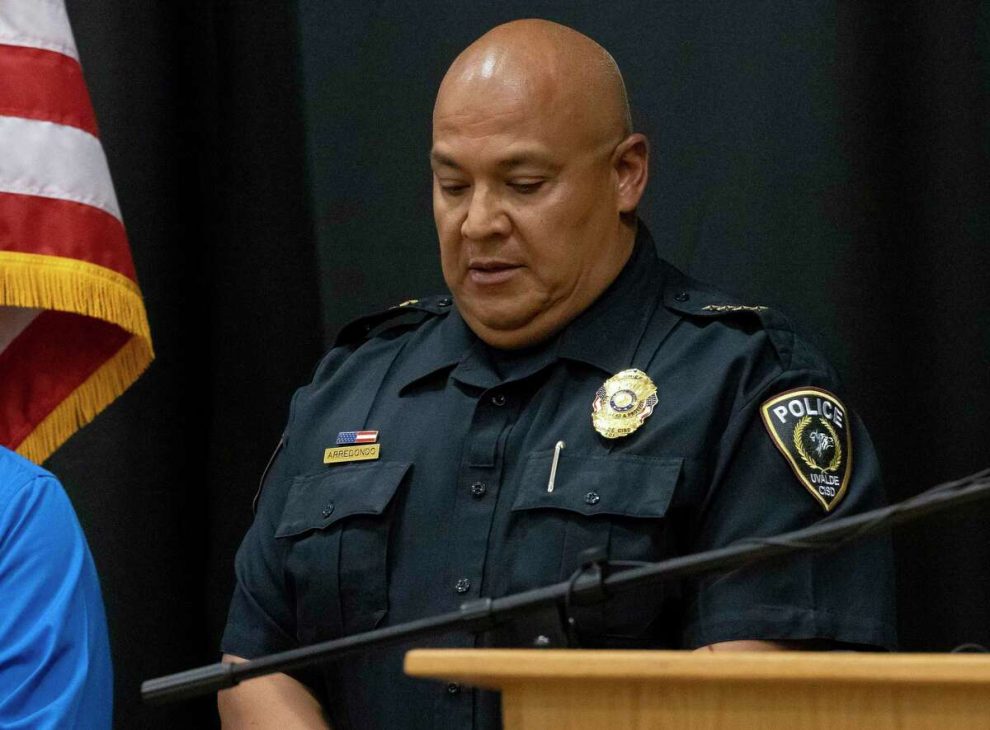 The Texas police chief who came under fire for his handling of the Uvalde school shooting has been revealed to have admitted the day after the mass slaughter that he deliberately made the call to keep the kids in the classroom and to not rescue them, even though he described hearing “a lot” of shots and the gunman reload.

Pedro “Pete” Arredondo made the admission during his only briefing with investigators the day after the deadly massacre at Robb Elementary School that left 19 kids and two teachers dead.

During the hour-long interview, which was obtained by CNN, the chief can be seen smiling and making jokes, while also defending his decision to evacuate the rest of the school before attempting to rescue the students trapped in a classroom with the 18-year-old mass shooter Salvador Ramos.

“When I opened the [school] door, I saw the smoke,” Arredondo said as he described being the first officer to arrive at the scene and hearing multiple gunshots as he and a colleague approached the classroom where the kids and teachers were being held.

“Obviously, I backed off and started taking cover,” he said, despite his training clearly stating that officers risk their own lives to “neutralize” active shooters, which CNN noted.

“I know this is horrible,” he said, incorrectly claiming that it’s what “our training tells us to do.”

“We have him contained, there’s probably going to be some deceased in there — but we don’t need any more from out here,” he said.

CNN noted that Arredondo had just a few months earlier received active-shooter training, which states, “First responders to the active shooter scene will usually be required to place themselves in harm’s way and display uncommon acts of courage to save the innocent.”

A full 77 minutes later, authorities on the scene finally burst into the room and confronted Ramos.

“We’re going to get scrutinized, I’m expecting that. We’re getting scrutinized for why we didn’t go in there,” he said.

He claims he was unable to communicate with dispatch, and despite acknowledging that he heard the gunman reload, remained focused on clearing the rest of the school and getting more cover.

He also blamed the delay on being unable to locate a key to unlock the door, even though a Texas Senate hearing later heard that the door was unlocked the whole time and that nobody even tried to open it.

This newly revealed interview was the only one Arredondo gave, as he stopped cooperating following the many accusations of leading a disastrous response.

The chief was fired from his position with the Uvalde school board in August.