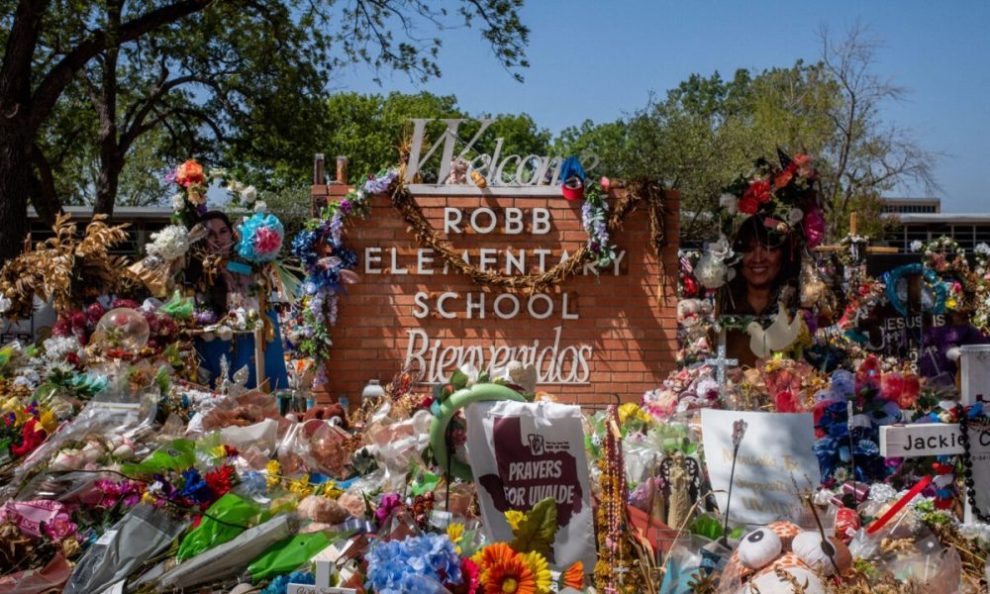 The decision comes as Arredondo continues to face criticism for his response to the May 24 mass shooting at Robb Elementary School that claimed the lives of 19 children and two teachers. Harrell said Lt. Mike Hernandez would assume Arredondo’s role for now, according to CNN.

“Because of the lack of clarity that remains and the unknown timing of when I will receive the results of the investigations, I have made the decision to place Chief Arredondo on administrative leave effective on this date,” Harrell said in a statement.

The superintendent said he initially wanted to wait for the investigation into the Robb Elementary mass shooting to conclude before making personnel decisions, explaining that he was “still without details of the investigations being conducted by various agencies.”

Arredondo reportedly testified Tuesday behind closed doors before a Texas House committee looking into the details of the shooting. The Uvalde community and the country continue to seek answers on why it took law enforcement officers over an hour to breach the classroom and kill the shooter, especially after new video reportedly shows officers never attempted to open the door to the classroom.

“Surveillance footage shows that police never tried to open a door to two classrooms at Robb Elementary School in Uvalde in the 77 minutes between the time a gunman entered the rooms and massacred 21 people and officers finally breached the door and killed him,” the San Antonio Express-News reported, noting that the information came from a law enforcement official who was involved in investigating law enforcement’s response to the tragedy. “Investigators believe the 18-year-old gunman who killed 19 children and two teachers at the school on May 24 could not have locked the door to the connected classrooms from the inside.”

Arredondo, who recently became a Uvalde city council member, is also facing opposition from some in the community who “want him out” and have come up with a plan to oust him from the city council, The Daily Wire reported.

Uvalde resident Kim Hammond proposed the plan on Tuesday at a city council meeting — which Arredondo did not attend — along with several other residents who all made it clear that they would prefer not to have him present.

Following an impassioned speech from Hammond, the council voted not to grant Arredondo a leave of absence — meaning that if he wants to keep his seat, he will be forced to attend meetings and face his constituents.