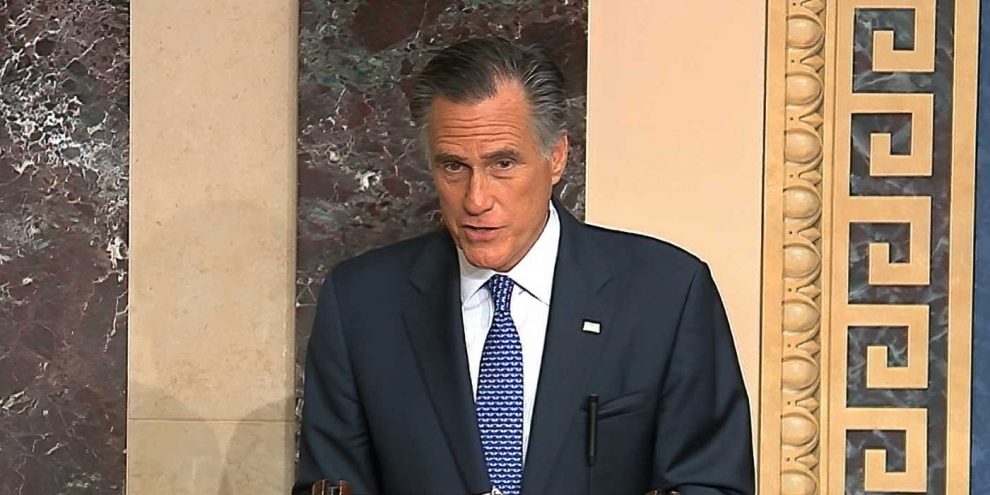 It should come as no surprise to Utahns or anyone who identifies as conservative that Sen. Mitt Romney (R-Utah) did not vote along party lines when it came to the $1.7 trillion spending bill/omnibus package. Well, he did vote along party lines, just not the party with which he is affiliated. Romney took to Twitter to explain his rationale:

My thoughts on the government funding bill ↓ pic.twitter.com/yhDE2Eku0i

If you couldn’t stand a political version of a time-share pitch, let me summarize it for you:

It would cost less to pass it this year than next.
Republicans aren’t organized enough to get a speaker together, let alone budgets.
They need Senate Democrats to pass a budget, anyway.
Sure, $1.7 trillion sounds like a lot of money, but it only makes up 1/3 of government spending. The other 2/3, which include social security entitlements, Medicare, and Medicaid, are the real culprits when it comes to debt.
The Electoral Count Act will stop attempts to overturn elections.
The bill has some good things in it.
Utah gets some money out of it.
The Law of Averages would indicate that there are indeed some good things in many bills that make them easier to pass. But mixed in with those “good things” is a plethora of awful things. That, of course, is the price Americans pay to pass a 4,000+ page bill full of items that Congress should have been working on all year long.

And did you catch the jab at the GOP? Republicans can’t pick a speaker, so they can’t create a budget. No, sir, not all members of the GOP want to rush something through for political favors and to score points on the Sunday morning talk shows. A working republic is not supposed to be easy. For crying out loud, Mitt, why don’t you just caucus with the Democrats already?

On top of all this, Romney has said that, should he decide to run again, he would be re-elected, although he has not decided if he plans to throw his hairdo into the ring. And before you start laughing, it isn’t as far-fetched as you may think.

It is true that despite what some uninformed pundits and news outlets may tell you, Romney is not popular with the Republicans in Utah. The word “Romney” is well on its way to replacing “flip” and “fetch” as the substitute Mormons use for swear words. So his chances of getting through a convention are low. He didn’t even bother to attend the last GOP state convention. But Utah’s caucus/convention system is a threatened and endangered species.

Originally, candidates had to stump for their seats. That meant meeting with elected delegates either in a group or even one-on-one to deliver a pitch and win the nod at the convention. But the caucus/convention system has long been under attack, and Utah now permits people to gather a requisite number of signatures to appear on the ballot. While Mike Lee won the convention, one of his left-leaning challengers had enough signatures to run against him in the primary. And I personally watched her supporters do everything possible to submarine the convention process to get her the nomination.

And keep in mind that, while Mike Lee did win his re-election bid, Evan McMullin gave him a run for his money, aided and abetted by Democrat money and a sympathetic press. Utah is not the conservative bastion that it used to be, especially when it comes to the media. Consider this headline from the Deseret News: “Utahns call on Sen. Romney to protect Dreamers.” If you click on the link, you see that the number of protesters at the event numbered about 19. But from the headline, one would think that Utahns by the thousands are in support of DACA. And most people don’t bother to read much below the headline.

It makes perfect sense that Romney leans to the left and votes with the donkeys. He is betting on Democrats retaining power for the foreseeable future. He is also betting that Utah continues to drift blue and that he may be able to ride the fence to victory. And he just might.