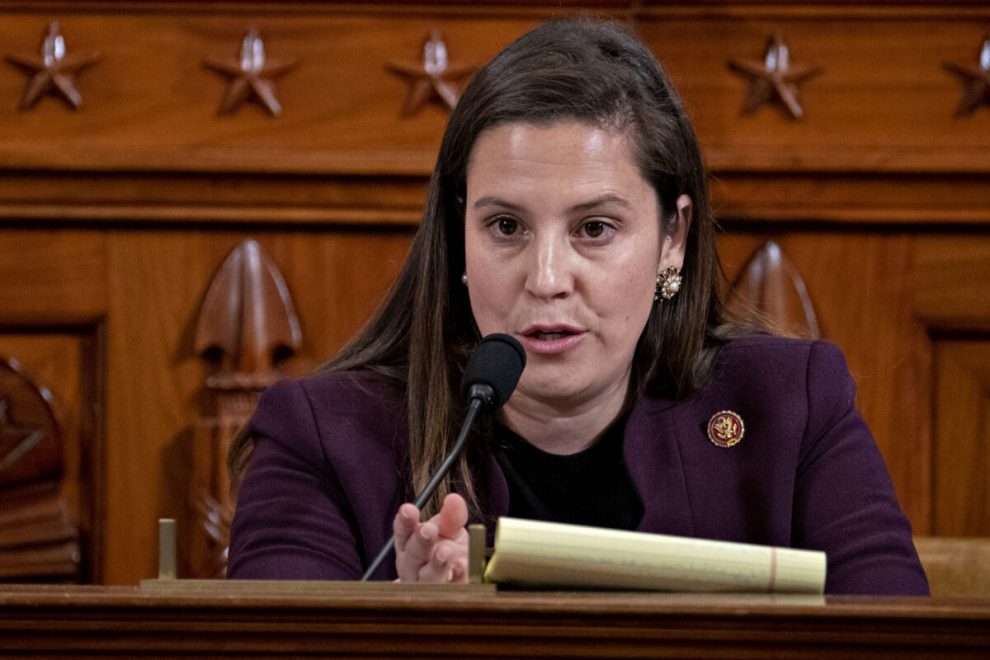 House Republican Conference Chairwoman Elise Stefanik alleged Friday that Post Office workers stole as much as $20,000 in donations to her campaign.

In a letter to Postmaster General Louis DeJoy, lawyers for Stefanik claimed that postal workers ripped open and stole the contents of multiple packages containing donations for Stefanik’s re-election campaign. The mailings were allegedly stolen on four separate occasions, and three of the incidents happened in the span of a week. Not only were thousands of dollars allegedly stolen, the lawyers allege that the thefts have exposed campaign donors to identity theft and fraud.

“On four separate occasions between June 2022 and November 2022, packages sent by Elise for Congress containing campaign contributions were ripped open and the contents stolen while in the custody of USPS or its contractors,” the lawyers alleged in the letter. “Three of these incidents occurred in a single week.”

The lawyers allege that the packages were damaged in transit by a USPS employee or contractor. “These repeated security failures by USPS have not only resulted in the loss of nearly $20,000 in campaign contributions, but also—and more alarmingly—have exposed hundreds of Congresswoman Stefanik’s campaign supporters to potential identity theft or financial fraud.”

Stefanik’s campaign team provided photographic evidence of the thefts to the New York Post. One image showed a piece of mail torn completely in half, instead of peeled from the corner like the package instructs. A second photo shows two pieces of mail; one is torn open in the middle, and the other in the bottom left corner. Included with the two mails are a check torn in half, and two letters bearing U.S. Postal Inspection Service letterheads.

The lawyers went on to complain that the U.S. Postal Inspection Service has not returned calls from Stefanik’s team. According to the lawyers, the USPIS is investigating, but claimed it would be hard to track down the postal workers who allegedly stole the mailings unless and until one or more of Stefanik’s donors became the victims of identity theft or financial fraud. Furthermore, the team has not received a report from the USPIS Inspector General, and recently learned that it has not even been finalized or sent.

“It is unacceptable that USPS has repeatedly allowed these targeted thefts to occur and cannot identify who committed the thefts, let alone where or how the thefts occurred,” the lawyers wrote. They then demanded that DeJoy provide them with a list of concrete actions to investigate the thefts, and specific actions the USPS will take to protect against future mail theft, both for Stefanik and her campaign specifically, and for the American public at large.

“We hope that you and USPS are taking these systemic issues as seriously as they deserve to be taken. Our clients look forward to receiving the information from USPS specified above and continuing to work with both you and the relevant investigative authorities to ensure the scourge of mail theft is adequately addressed.”

Incidents of mail theft have spiked in recent months; the large blue mailboxes used at post offices have been especially targeted by identity thieves, so much so that the USPS has instructed the public to avoid depositing mail into those boxes after working hours or on Sundays or holidays when there is no mail collection.