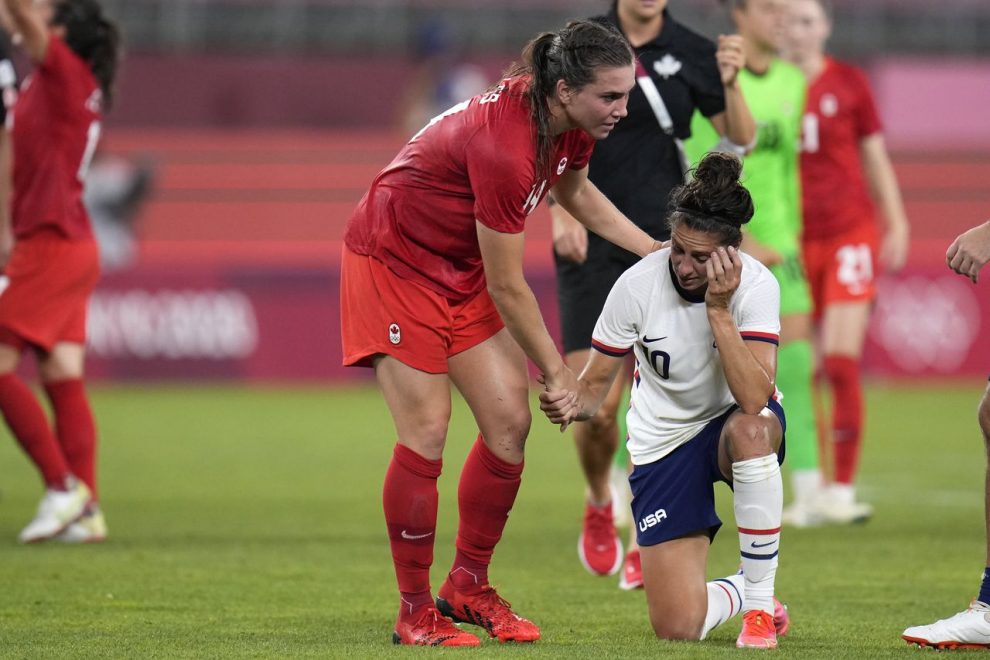 The U.S. Women’s National Soccer Team quest for Olympic gold ended Monday when it lost 1-0 to Canada in the semifinal.

Canada’s Jessie Fleming scored a penalty kick in the 75th minute to reach the country’s first Olympic soccer final, guaranteeing at least a silver medal. The U.S. will have to settle for the chance to win bronze in a third-place play-off on Thursday.

American midfielder Tierna Davidson committed a foul in the penalty area and Fleming calmly stepped up to score the goal. U.S. goalkeeper Adrianna Franch, brought on as a substitute for the injured Alyssa Naeher, guessed correctly and dived to her left, narrowly missing the ball. The penalty was only awarded after a video assistant referee check.

“Not our best game, not our best tournament,” star midfielder Megan Rapinoe said after the game. “It’s a bitter one to swallow, obviously we don’t want to lose to Canada.

“We just couldn’t figure it out on the field. I don’t know exactly what it was but yeah, but this certainly not one of our better performances.”

While the team “hadn’t had our joy” during the Games, there was still much play for with an Olympic medal still up for grabs, Rapinoe added.

Heartbreaking but hard-fought. Good luck to Canada in the final. pic.twitter.com/Er92S6M6cF

Neither side dominated in a cagey, tentative first half, the 84-degree heat and 85 percent humidity making for tough conditions for both teams.

U.S. coach Vlatko Andonovski made three changes to the team that beat the Netherlands in the quarter-final. Alex Morgan started in attack instead of Carli Lloyd, Rose Lavelle replaced Sam Mewis in midfield and defender Davidson came in for Abby Dahlkemper.

Australia play Sweden in the remaining semi-final later on Monday. 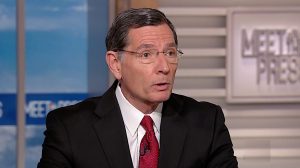 Kathy Griffin Has Lung Cancer, to Undergo Surgery
Rob Reiner: If Trump Not Held Accountable for His Crimes, ‘Democracy Will Start to Crumble’