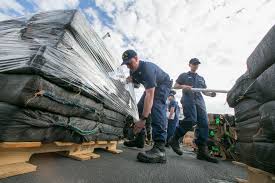 A U.S. Marine veteran who rose to power as a reputed Mexican drug kingpin has been named in a massive cocaine-trafficking indictment in San Diego.

More than 41 people have been charged in the case, which has yielded 5,000 kilograms, or about 11,000 pounds, of seized cocaine and more than $9 million in drug proceeds.

Dominguez’s organization sourced cocaine from Peru, Venezuela, Ecuador, up through Central America and into Chiapas, Mexico, according to prosecutors. Transportation cells would move the cocaine into Mexico using boats, aircraft and commercial vehicles, then over the California and Texas borders for distribution into the United States, the court filing says.