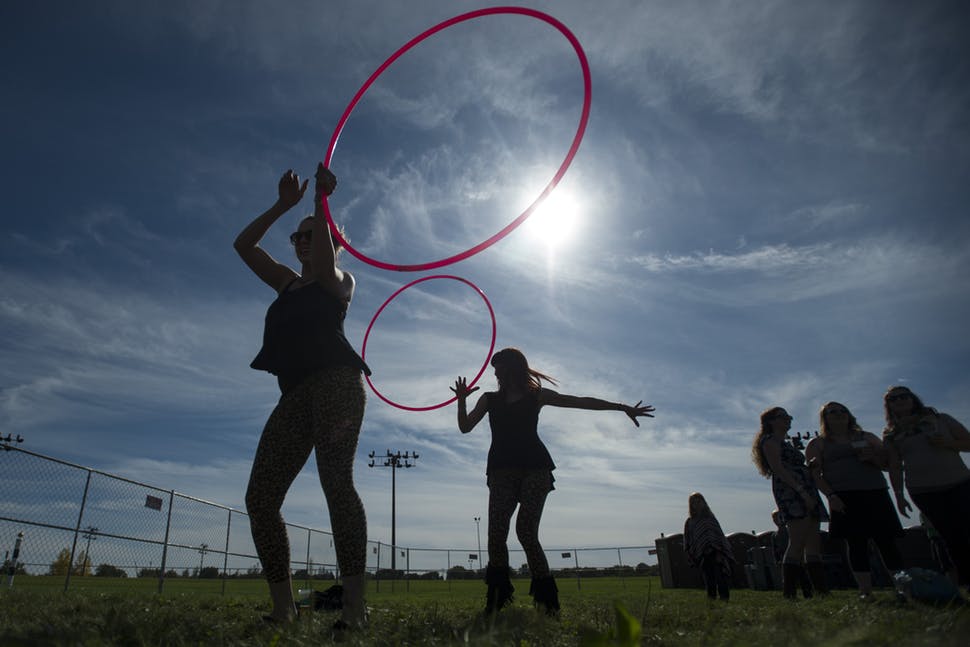 Behind a thick metal door and down a sterile hallway at a privately-run detention center in rural New Mexico, voices echo from the confines of a small outdoor recreation yard.

It’s a three-on-three volleyball match. The players, all clad in different colored jumpsuits, are transgender women awaiting the outcome of their cases while in the custody of U.S. Immigration and Customs Enforcement.

Down the hall is a law library and a makeshift beauty salon. In the dorms, the television is tuned to a soccer match.

This is Unit 900 — the agency’s only permanent transgender detention unit.

Immigration and Customs Enforcement is considering opening a second permanent facility where transgender migrants can be detained amid the influx of Central Americans crossing the U.S.-Mexico border. While transgender migrants represent a small fraction of those in federal custody, their numbers have grown exponentially.

About 300 migrants who identify as transgender have been booked into the custody of U.S. immigration authorities since Oct. 1 — the highest number since officials started keeping track in 2015. There are currently about 115 in custody in 29 different facilities around the country.

That includes more than two dozen at the transgender unit at Cibola County Correctional Center in Milan, a small high desert community where many buildings are boarded up and abandoned motels line a stretch of historic Route 66. About a dozen more transgender migrants are being held in a temporary unit in southern Texas.

Immigration authorities have been the focus of much criticism over the treatment of transgender migrants, with advocacy groups claiming medical care is often lacking and that staff members are not adequately trained to deal with what they say is a vulnerable population at risk for harassment and abuse.

Immigration and Customs Enforcement officials dispute the allegations, saying the agency adheres to federal prison standards and made a significant investment when opening the New Mexico transgender unit two years ago.

“We realized there was a need,” said Corey Price, field office director of the agency’s Enforcement and Removal Operations.

During the first-ever tour for journalists of Unit 900, Price told The Associated Press and other media outlets Wednesday that the agency had nothing to hide, though interviews and conversations with detainees were not allowed.

Some of the detainees leaned against the shaded wall of the recreation yard, waiting to resume their game after breaking for the tour. Some waved and bid farewell in Spanish as the group moved on. Others were reading in the library.

Price said officials wanted to show what it’s like for the women inside the unit, where detainees can move around freely for most of the day and the walls are painted light blue rather than white.

Bulletin boards list the lunch menu and activities such as legal clinics and prayer services. There are also reminders that beds must be made by 9 a.m.

While the doors have been removed from individual rooms in the sleeping area, privacy shades are stretched across the bars, and placards remind male staffers to announce their presence before they step into the rooms.

Rob Reiner Goes All in for Vote By Mail: Trump will Lose in a Landslide Louisville Journalist Hit by Non-Lethal Bullets on Live TV During Protest Nancy Pelosi: Barr Dropped Flynn Charges to ‘Cover Up’ for Trump

Protests and calls for an investigation into the treatment of transgender detainees came last year with the in-custody death of Roxsana Hernandez, a 33-year-old Honduran transgender woman. She died of a rare disorder that developed quickly because of AIDS, according to an autopsy report made public in April.

The criticism ramped up again following the recent death of a second transgender woman who was held at a different detention center in New Mexico. Johana Medina Leon died at an El Paso, Texas, hospital just days after being released from custody. Advocates say her death was another example of poor care and treatment that transgender detainees get in custody.

Lawyers for Medina Leon’s family threatened this week to sue, saying the 25-year-old migrant from El Salvador should have been paroled while her asylum case was pending.

Federal officials have declined to comment on the pending litigation but said “lack of comment should not be construed as agreement with or stipulation to any of the allegations.”

The New York-based advocacy group Immigration Equality is among those questioning the detention of transgender migrants, suggesting they should be eligible for immediate release given the additional threats they face and the specialized medical care that many require, such as hormone therapy or treatment for HIV infections.

The group toured Unit 900 last summer and issued a report in December that included more than a dozen recommendations — from speeding up the time it takes for detainees to access HIV services to increasing medical staff and limiting the use of segregation for individual detainees.

Kathy Griffin Suggests Trump Should Take Syringe With ‘Nothing But Air’ Gretchen Whitmer Lashes out at Michiganders: Lockdown ‘Not Optional,’ Orders ‘Not Suggestions’ Barack Obama to 2020 Graduates: Current Leaders ‘Aren’t Even Pretending to Be in Charge’

Immigration Equality executive director Aaron Morris said while imperfect, Unit 900 is probably safer than putting transgender women in a men’s facility. Still, he’s concerned about what he describes as the federal government’s “knee-jerk reaction” to detain all people.

“I think that time and time again ICE has created some new solution for how they believe they will house trans women in a culturally competent, safe way. They keep getting it wrong,” Morris said, pointing to the deaths.

Price argued the standard of care is high regardless of whether Immigration and Customs Enforcement is dealing with transgender detainees or others.

He said the agency spends $250 million annually on detainee health care — including medical, dental and mental health intake screenings within 12 hours of arrival at detention centers plus round-the-clock emergency care. 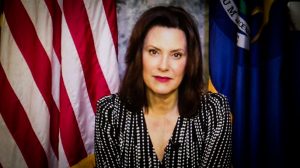 Gretchen Whitmer: State Police ‘Monitoring All of the Conversations’ of Capitol Protesters 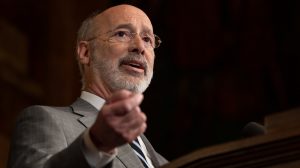