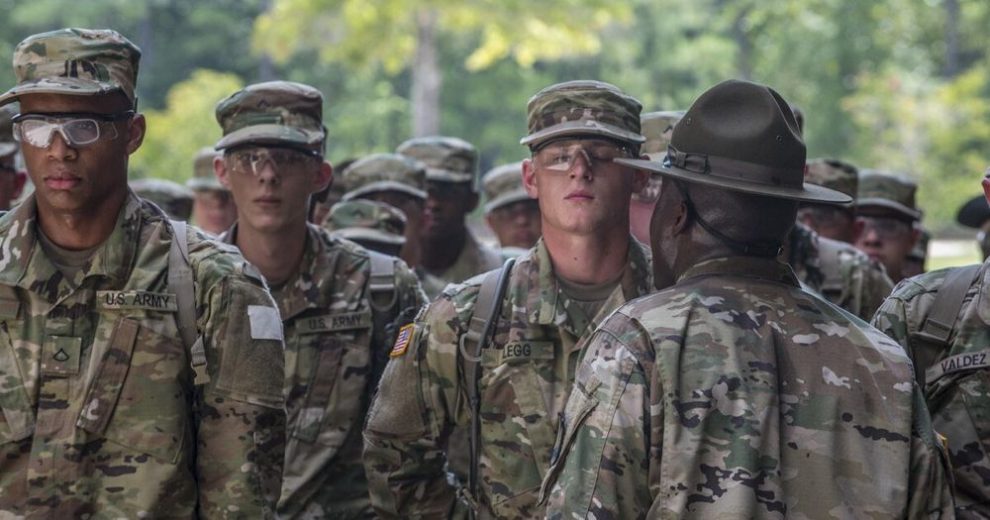 The US Army has a major recruiting problem and can’t find enough young people who meet the basic requirements to enlist, according to Army Times.

Lt. Gen. Maria Gervais, second in command for Army Training and Doctrine Command, sounded off Thursday about the troubling developments. She highlighted disqualification rates for potential recruits jumped from 30-40% (pre-Covid) to a whopping 70% this year due to obesity, low test scores, and/or drug use.

Gervais pointed out the service has experienced a “nosedive” in recruits since July 2021. She explained Armed Services Vocational Aptitude Battery (ASVAB) scores were 10% lower during the virus pandemic in 2020-21. That figure has since increased to 13% for the most recent high school graduating class.

Perhaps America’s youth was dumbed down during Covid with at-home schooling via daily video conferences. The latest Education Department data confirm reading and math scores plummeted. Maybe those kids were playing too many video games or trading ‘meme stocks’ or posting useless videos on TikTok during the pandemic instead of opening a book and learning something valuable.

Besides failing to meet academic standards, obesity was another driver of higher disqualification rates. Also, increasing drug use among youngsters didn’t help.

The challenges of today’s youth put combat preparedness in question as liberal war hawks are determined to spark World War III in Ukraine and or in the Taiwan Strait.

Gen. Joseph Martin, vice chief of staff for the Army, warned in July that the recruitment goal for 2022 could be slashed by a quarter. He said the total size of the Army (including active and reserve components) will decrease by 10,000 troops this year and between 14,000 and 21,000 in 2023.

Perhaps lowering the standards to meet targets is a question the service should ponder. Even though the quality is more important than quantity, in tumultuous periods like today, where the world is shifting from a unipolar world to a multipolar world, conflicts tend to ignite — and the US — one who has overseen the unipolar world for decades — will fight ‘tooth and nail’ to maintain the status quo.

At least the youth have one thing going for them: obsession with violent video games has desensitized an entire generation to all sorts of violence where war might not be a big shock.

Remember, the service’s recruitment crisis has been an ongoing issue but has worsened in the last few years. We pointed out it’s “another signal of declining support for the federal government and its institutions.”

Maybe because the military has gotten too ‘woke’? You know the saying: “go woke, go broke” — this can also happen to empires…

The shrinking pool of eligible youth due to obesity, low test scores, or drug use should be a national security threat to US health and security.

See also  Rep. Steve Scalise: House Republicans Have a Plan to Save America