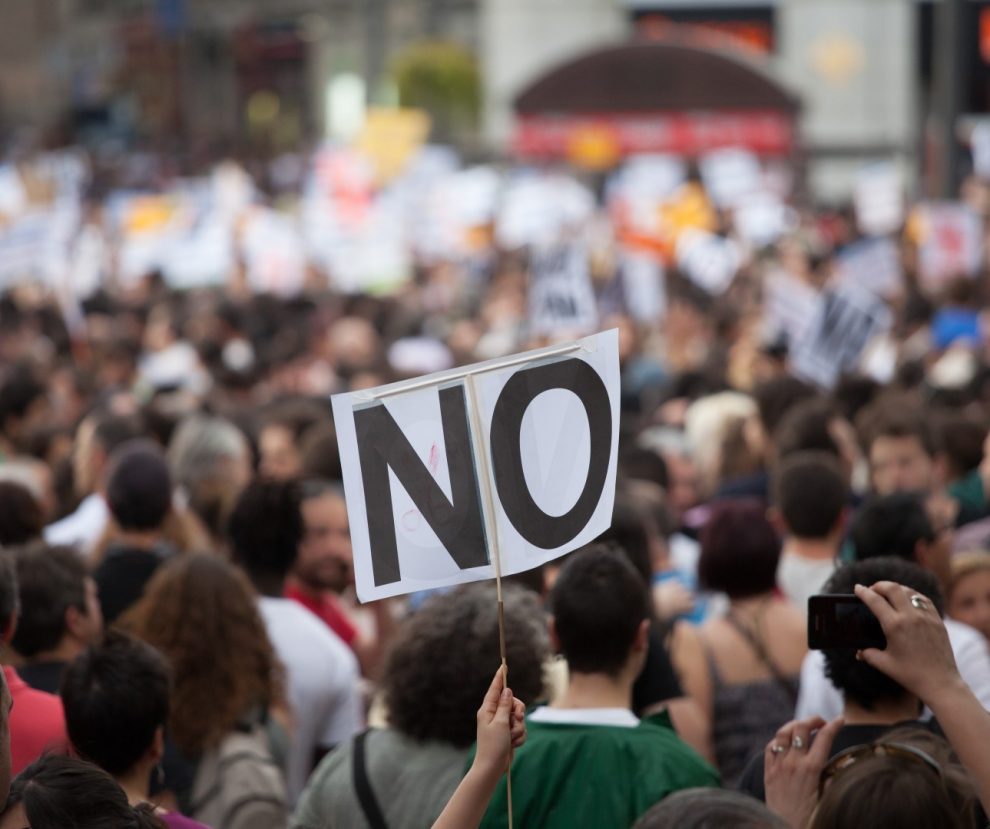 Americans are dissatisfied with the direction of the nation by a huge margin.

Their unhappiness is a bad sign for President Trump as he seeks reelection four months from now — but the discontent could also reshape the political landscape in a broader sense.

Pollsters have for decades tracked public satisfaction via the question of whether the nation is on the right or wrong track.

The “right track” numbers have plunged in recent months as the coronavirus crisis has ravaged the nation, leading to economic disruption, and as street protests have erupted over racial injustice.

In the RealClearPolitics polling average, fewer than one-quarter of Americans think the nation is on the right track. On Thursday evening, those holding that view stood at just 23.8 percent, while 68.1 percent believed the country was headed in the wrong direction.

That poses a huge challenge for Trump, as even some in his orbit acknowledge privately.

Some associates fear that the kind of anti-status quo fervor that elected Trump in 2016, when he positioned himself as the consummate outsider, will now pull in the opposite direction.

Some observers insist that public dissatisfaction does not necessarily mean a rush to the other extreme.

Instead, they say, it could translate to voters seeking a kind of balm — as offered by presumptive Democratic nominee Joe Biden — after Trump’s volatility.

“I think people in recent months have awakened to the fact that the problems facing the country are real and serious and cannot be addressed successfully at the emotional or rhetorical level,” said William Galston, a senior fellow at the Brookings Institution. “They look much more favorably on the promise of unity and tranquility than of further agitation and division.”

But the dynamic is more complicated than simple anti-Trump sentiment. Put simply, the American public has been in a bad mood for a long time.

The right track number has never been in solidly positive territory in the 11-plus years RealClearPolitics has been tracking those figures. At this point in the 2012 election cycle — the last time an incumbent, former President Obama, was running for reelection — the numbers were not much better than they are now.

In early July 2012, about 32 percent of the nation thought the country was on the right track, but about 60 percent thought it was on the wrong track.

At least twice during Obama’s presidency, the share of Americans happy with the state of the nation was lower than it is now — fall 2011, when recovery from the grind of the Great Recession was slow and weak, and October 2013, when there was a government shutdown.

The situation had reached an even worse state in the waning days of former President George W. Bush’s White House tenure. In mid-October 2008, a Gallup poll found a mere 7 percent of Americans believing their nation — then dealing with a spiraling financial crisis as well as wars in Iraq and Afghanistan — was on the right track.

To some eyes, these upswings in unhappiness leave the country much more prone to volatile swings — and to populism of the left and right — than it was during more contented times.

In the Gallup poll, satisfaction was broadly high in the 1990s, with the exception of the recession at the beginning of the decade. President Clinton, who had run as a centrist “New Democrat,” was safely elected to two terms.

On the right, the past decade has seen the rise of the Tea Party and an increased willingness to challenge the GOP establishment from the right. Trump shocked the political establishment to its core in 2016, defeating more orthodox party rivals as well as Democrat Hillary Clinton.

During roughly the same period, the left has seen the Occupy Wall Street and Black Lives Matter movements as well as powerful support for previously fringe figures such as Sen. Bernie Sanders (I-Vt.).

The bigger question, perhaps, is whether the accelerating polarization of the United States is risking a fundamental tear in the social fabric.

Unrest at political events has become more commonplace in recent years, and the voters who form Trump’s MAGA base seem to live in a different world from his most fervent opponents in the self-proclaimed “Resistance.”

The general atmosphere of upheaval puts incumbents in Congress, as well as in the White House, at risk both from more radical members of their own parties in primaries and in the general elections.

Some observers note that public discontent is not, in and of itself, necessarily a bad thing.

Reeher emphasized that some of the signature achievements of both the left and right have emerged from periods of national crisis.

For the left, the Great Depression produced the New Deal, and the tumult of the 1960s was the catalyst for legislative and judicial advances for racial justice and equal rights. On the right, the dissatisfaction of the late 1970s led to a fundamental rethinking of the role of government during the Reagan years.

Still, none of that may help Trump, whose path to reelection has recently begun to look much more arduous.

“Someone safer or more reassuring may have an appeal in times of turmoil,” said American University history professor Allan Lichtman, one of the few experts to predict Trump’s 2016 victory.

Galston was more blunt: “What Trump is putting on the shelf has already reached its sell-by date.” 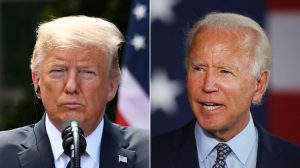 Trump Steps Up Attacks On Biden Over Economy 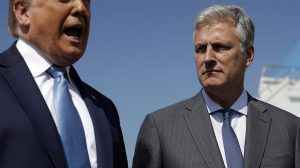 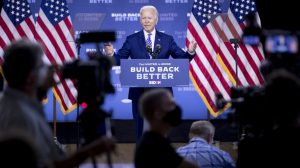