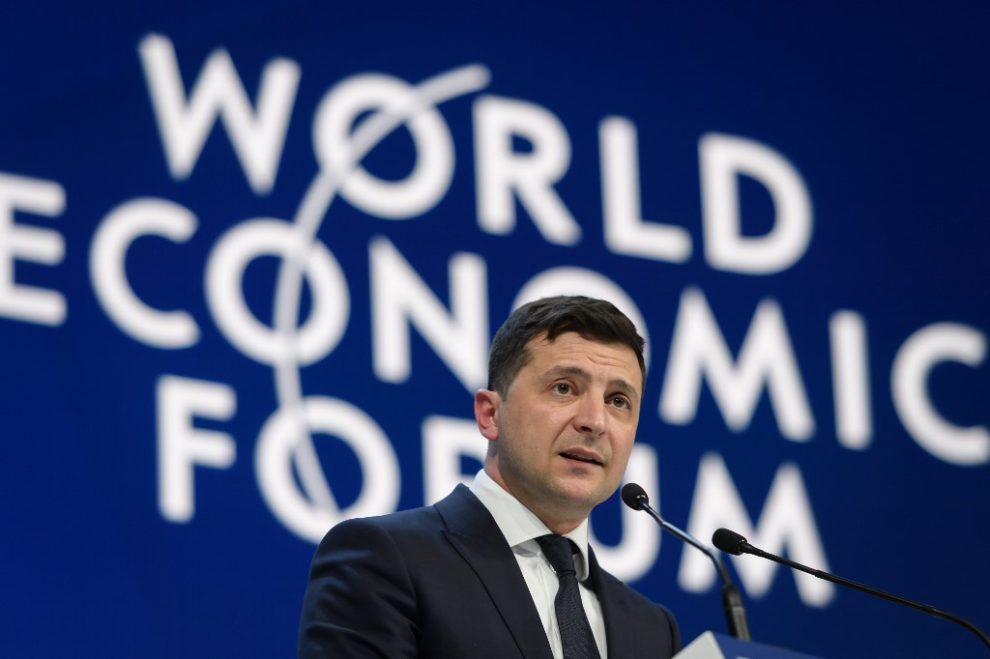 The annual meeting of business elites and government leaders will once again take place in the Swiss ski resort of Davos later this month after being held virtually during the prior two years during the Chinese coronavirus crisis.

On Friday, the Klaus Schwab-led group announced: “The President of Ukraine, [Volodymyr Zelensky], will join our Annual Meeting virtually as the war continues to devastate his country.”

Since the full-scale invasion of Ukraine in February by Russian forces, Zelensky has become a staple on Western media, and has frequently appeared via video link in parliaments and congresses around the world, including the British, Canadian, and German parliaments, and the Congress of the United States.

The comedian turned president previously addressed the World Economic Forum in January of 2020 and has a biography page on the WEF’s website dedicated to him.

Paula Ingabire (@MusoniPaula), Rwandan Minister ICT & Innovation, will join global leaders at our Annual Meeting in Davos. Follow us across social media and on the website to hear from her. https://t.co/wvC5vHMY7l #wef22 @RwandaICT pic.twitter.com/TQ9A5WIsqp

Following the escalation of the invasion of Ukraine, which began with the annexation of the Crimea in 2014, the World Economic Forum announced that it would be suspending ties with Russia.

President Putin has previously been featured at Davos meetings.

“We are not engaging with any sanctioned individual and have frozen all relations with Russian entities,” a WEF spokesman said in March.

Describing what is to be expected this year, the WEF, which has spearheaded the idea of a “Great Reset” of capitalism in the wake of the Wuhan virus pandemic, said: “Against a backdrop of deepening global frictions and fractures, it will be the starting point for a new era of global responsibility and cooperation.”

The U.S. bill still needs Senatorial approval, but despite widespread economic issues across the U.S. under the Biden administration there is bipartisan support to send more American taxpayer dollars to the war-torn country.

It also comes as the NATO is looking to expand its membership to include Sweden and Finland, with Prime Minister Boris Johnson already signing defensive pacts with the two Scandinavian countries and pledging British soldiers to their protection while they consider joining the military alliance.

The global food crisis, in part a result of the invasion of Ukraine, which is one of the top food producers in the world, will also likely serve as a topic of conversation at Davos.

Under the WEF’s previously stated goals for its Great Reset, the globalist group has advocated for humans consuming lab-manufactured meat and sustaining themselves with protein from bugs for a supposedly more sustainable future.

'The Great Reset' is upon us. French President Macron declared that in the wake of the Chinese coronavirus modern capitalism "can no longer work" at the Davos summit. https://t.co/LQFI8aNzgz