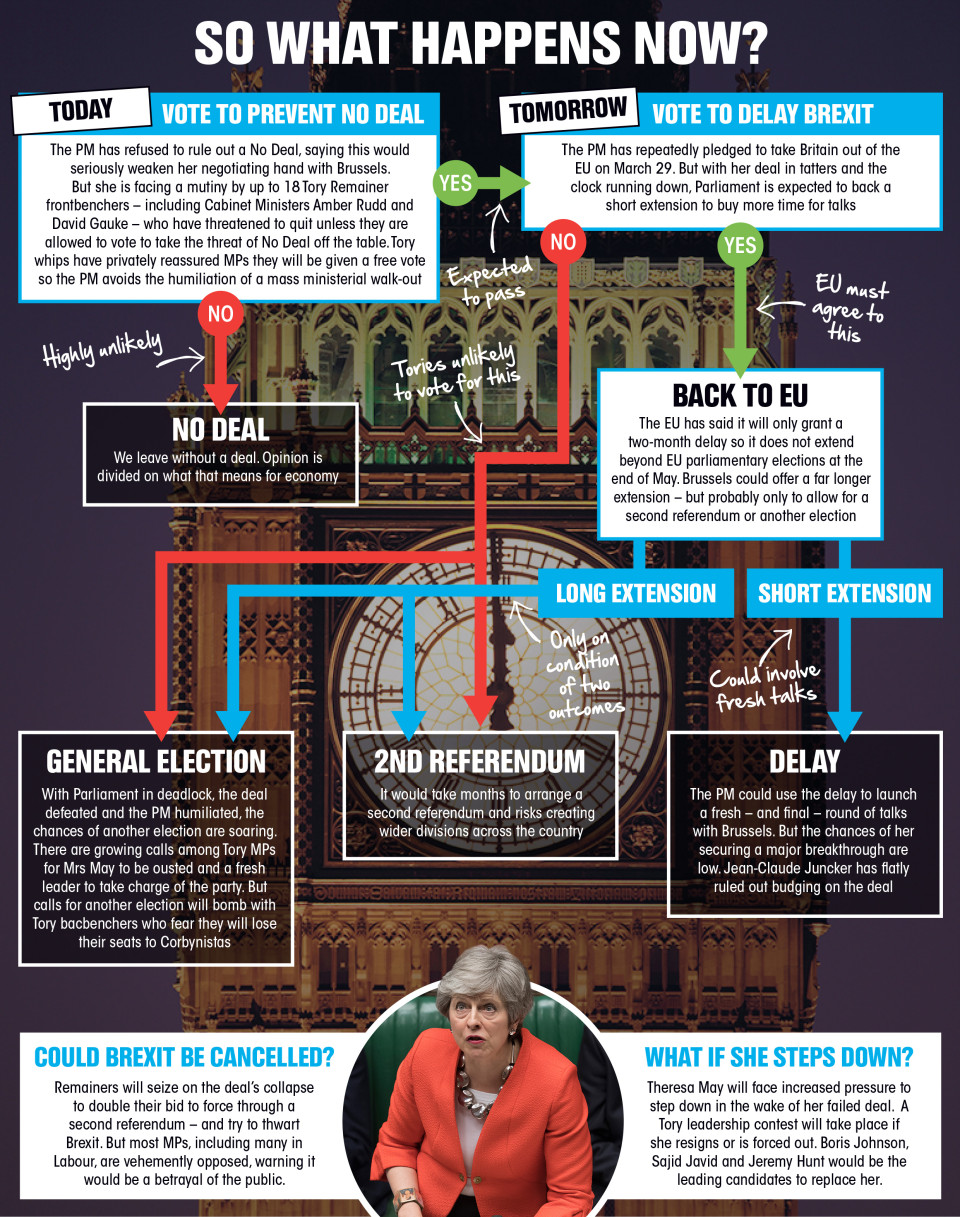 BRITAIN was last night plunged into chaos once again as MPs voted to kill off Theresa May’s Brexit deal by 391 votes to 242.

Now 993 days after the referendum, and with just 17 days before Brexit, Brits are still in the dark about when or if we will ever leave the EU.

Furious MPs blasted the uncertainty – saying the “wretched soap opera of Brexit continues” as the country heads “back to square one”.

And Cabinet ministers were summoned for a crisis meeting at No10 to work out how to move forward.

Parliament has repeatedly voted against Mrs May’s strategy for leaving the EU on March 29 – last night the Commons laughed and cheered after the the fresh chaos was confirmed.

But without a clear alternative on the table, the latest defeat opens the door to a range of wildly different outcomes – from a cliff-edge No Deal to a second referendum which could cancel Brexit entirely.

Tonight MPs will vote on whether Britain should quit the EU without a deal in 17 days’ time.

But they are expected to oppose the idea – and will instead back a delay to Brexit in a further vote likely to take place on Thursday.