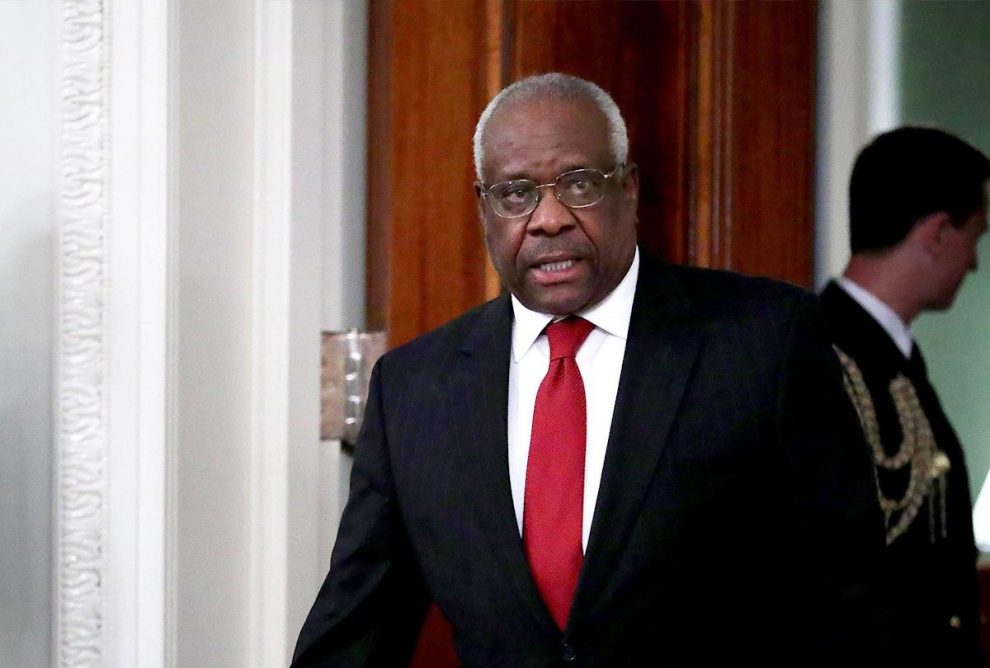 Academia has radically changed, as has tolerance.

Per The Washington Post, January 2021 texts from the justice’s wife have come to light:

The messages — 29 in all — reveal an extraordinary pipeline between Virginia Thomas, who goes by Ginni, and President Donald Trump’s top aide during a period when Trump and his allies were vowing to go to the Supreme Court in an effort to negate the election results.

Part of that purported line: pressure on “White House Chief of Staff Mark Meadows to pursue unrelenting efforts to overturn the 2020 presidential election.”

Ginni Thomas urged Mark Meadows to overturn the 2020 election by any means necessary—while her husband was ruling on cases attempting to overturn the election. A truly extraordinary level of corruption. https://t.co/Nyf2q1T9mo pic.twitter.com/2L73ERgCeS

Some — including AOC — have subsequently called for a stepping down:

If not, his failure to disclose income from right-wing organizations, recuse himself from matters involving his wife, and his vote to block the Jan 6th commission from key information must be investigated and could serve as grounds for impeachment.

As reported by Fox News, on March 24th — amid the judge’s weeklong hospitalization for “flulike symptoms” — Jonathan tweeted the following:

No one wants to openly admit [we all] hope Clarence Thomas dies. Whatever you need to tell yourselves. This whole rule we’re not to wish ill on people is silly. Uncle Thomas is a sexist token who’s committed himself to making us all share in he and his treasonous wife’s misery.”

Jonathan’s certainly conscious of things black and white. In fact, he hosts the “sister/brother” podcast Black&.

From its online description:

Biracial, millennial brother-sister duo Jonathan and April Perkins speak about racism, white people, and what to do next. Black& focuses on current events and social issues through the lens of race and racism. The progeny of a long line of civil rights activists, authors, and lecturers, April and Jonathan speak largely to white people who are looking to dismantle racist systems.

Evidently, what to do next is to root for the mortal demise of the second black man to ever sit on the Supreme Court.

Nonetheless, Jonathan endorses allyship and is avidly anti-bias; from his official bio:

His activism and academic work is [sic] rooted in antiracist allyship and the effects of individual and institutional bias.

Johnathan has been featured on several well-known press outlets for his commentary on current events and social issues. His continued devotion to creating a more just and equal society makes him the voice of a growing movement.

As for the death wish, it exemplifies change: Not long ago, college administrators would’ve hesitated to grab a hot mic and wish extinguishment on a historic governmental figure. Now, one may go before the entire world and put it in print.

Additionally, justice itself may have evolved: Jonathan serves as UCLA’s Director of Race and Equity.

@UCLA how does Jonathan Perkins have a job today? pic.twitter.com/qzRsYUP6Yb