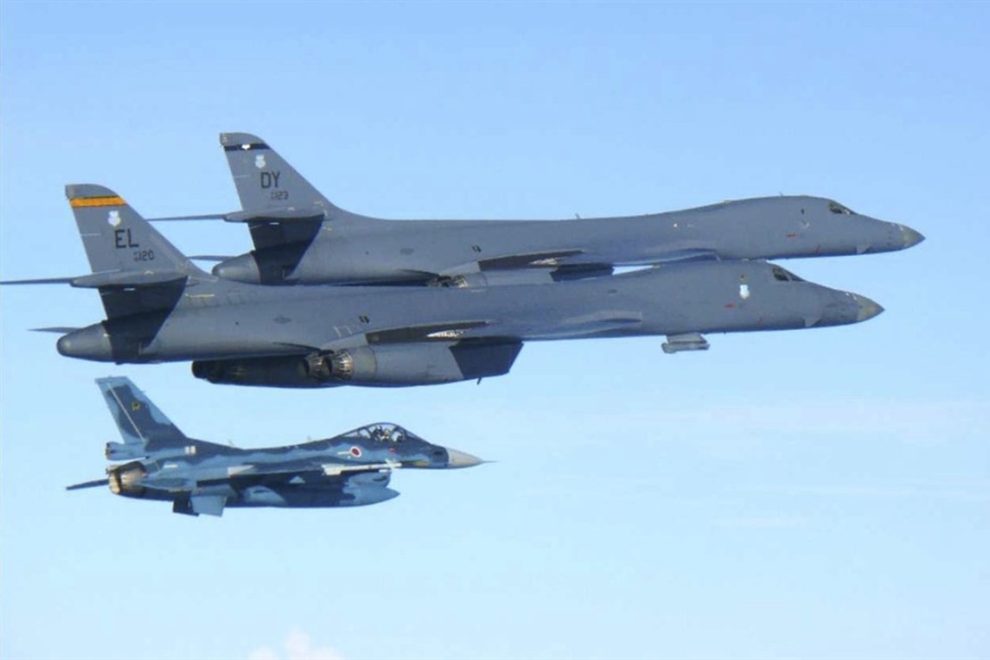 The Washington Free Beacon reported Wednesday that a division of the U.S. Pacific Air Forces (PACAF) has issued orders to its senior leaders and commanders to stop using gender pronouns in written and spoken communications, claiming the move would improve “interoperability” and “lethality.” The branch, headquartered at Andersen Air Force Base in Guam, is tasked with confronting China, so Chinese President Xi Jinping is sure to be quaking in his boots tonight.

The Beacon recently obtained a partial copy of the order which was emailed in May to senior leaders at the base:

In accordance with the Diverse PACAF priority, “We must embrace, promote and unleash the potential of diversity and inclusion. Competition against near-peer adversaries requires a united focus from the command, the joint team, and our international partners. Welcoming and employing varied perspectives from a foundation of mutual respect will improve our interoperability, efficiency, creativity, and lethality,” do not use pronouns, age, race, etc. [sic]

PACAF is headquartered at Joint Base Pearl Harbor-Hickam, Hawaii, and according to their website its “primary mission is to provide ready air and space power to promote U.S. interests in the Indo-Pacific region.”

Why would they be making such a move? Their explanation almost sounds reasonable:

A spokesman for the Anderson Air Force Base confirmed the authenticity of the email, telling the Free Beacon that the Air Force is shifting “to a narrative writing format for awards and performance reports.” The ban on “pronouns, age, race” and other written descriptors is “intended to eliminate any information that could identify the nominee’s name, gender, age, or race so that all members had a fair and equal chance at winning.”

Giving people a chance to compete fairly? That doesn’t sound so bad. But is that all that’s really going on here? No:

I haven’t read Sun Tzu’s classic The Art of War in years, but I’m pretty sure he didn’t say “diversity and inclusion are force multipliers and warfighting imperatives.” That’s not to say I’m in favor of excluding or discriminating against anyone, but I think that the continued absurdist Leftist assault on our language is not bringing people together—it’s driving them apart. Is it even helping our military? The American Conservative printed an article in response to the Beacon’s reporting titled, “The Self-Castration Of The US Military.” They write:

This is what these lunatics, in every institution, tell themselves: that whatever crackpot diversity thing they support, it makes us STRONGER. It’s just an empty assertion, nothing more. That’s it! I bet you more than half the people in authority who repeat this garbage don’t believe it. They say it because they want to get ahead…

I’m telling you — and telling you because I know this personally — that there are military families all over America who are discouraging their kids from joining this woke mess that the US military has become.

As I reported in July, the numbers back the writer’s assertion—military recruiting numbers are the lowest since the Vietnam War. Perhaps, as the American Conservative points out, it’s because of recruiting videos like these, this one courtesy of the U.S. Navy: