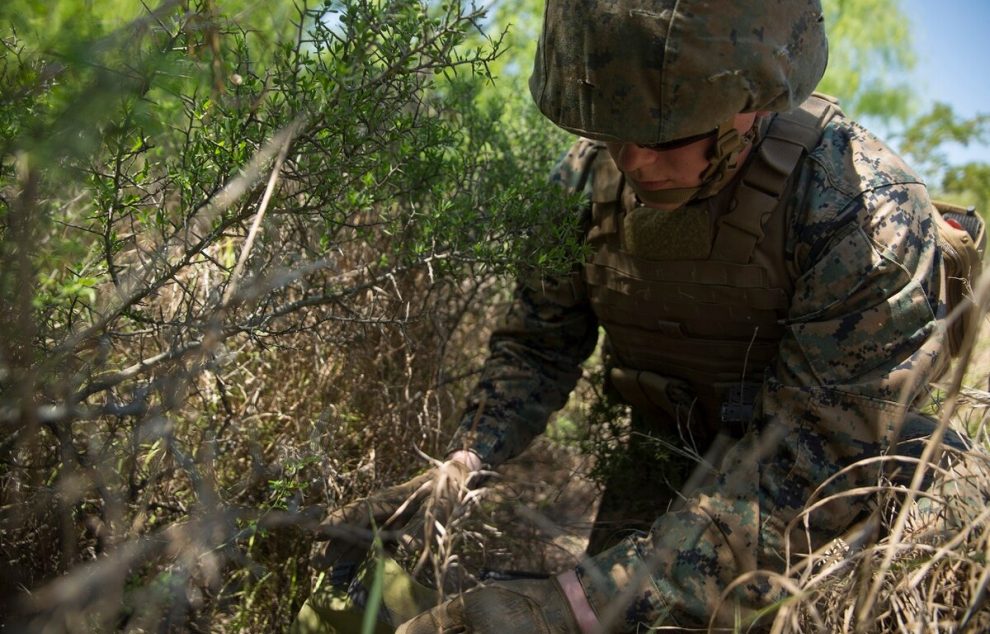 A U.S. Marine reports being attacked while working on the California-Mexico border by three unknown persons. The Breitbart Border Team spoke with multiple sources operating under the umbrella of U.S. Customs and Border Protection (CBP), the Department of Defense (DOD), and reviewed an official document detailing the matter. Authorities are expected to publicly confirm the incident now that it has been made known to the public.

Trusted sources working under the umbrella of CBP and the DOD told Breitbart News that a U.S. Marine reported that a group of three unknown individuals approached a Mobile Surveillance Camera (MSC) vehicle, opened the door, and attempted to pull the Marine from the vehicle. The Marine reported that he pulled his firearm and fired one shot during a struggle with an attacker, according to a source and an official document obtained by Breitbart News.

The Marine was patrolling the border in the El Centro Sector, Station Zone 2, on May 29 when the vehicle developed a problem with the surveillance display. The scene was roughly 7.5 miles from the U.S.-Mexico Border. A Border Patrol agent working with the two Marines reportedly directed one of the Marines to go with him for assistance. The second Marine waited with the vehicle. The Marine told officials that while he waited, he was approached by a group of three unknown individuals. One of the three reportedly opened the door to the vehicle and attempted to take control of the Marine’s sidearm. During the struggle, the Marine fired his pistol one time, striking the forward-looking infrared display unit mounted on the dash. The attackers fled at that point.

A.G. Barr Shuts Down Reporter for Saying He Was ‘Being Generous to the President.’

Border Patrol officials currently believe no one was injured by the gunfire.

During border surveillance operations, the MSC vehicle operated in a blacked-out condition. This restricts situational awareness from inside the vehicle, according to the official document. Protocol calls for one of the pair of Marines to be on roving patrol outside the vehicle to provide security while the second operates the surveillance equipment.

The official document states that Border Patrol agents arrived on the scene within a few minutes and began a search for the three suspects.

Another source told Breitbart News that one or more of the individuals were captured about two miles away from the vehicle.

Breitbart News reached out to CBP and DOD for more information. A source at the Pentagon confirmed they are aware of the incident and are preparing a public statement. The CBP is leading the investigation.