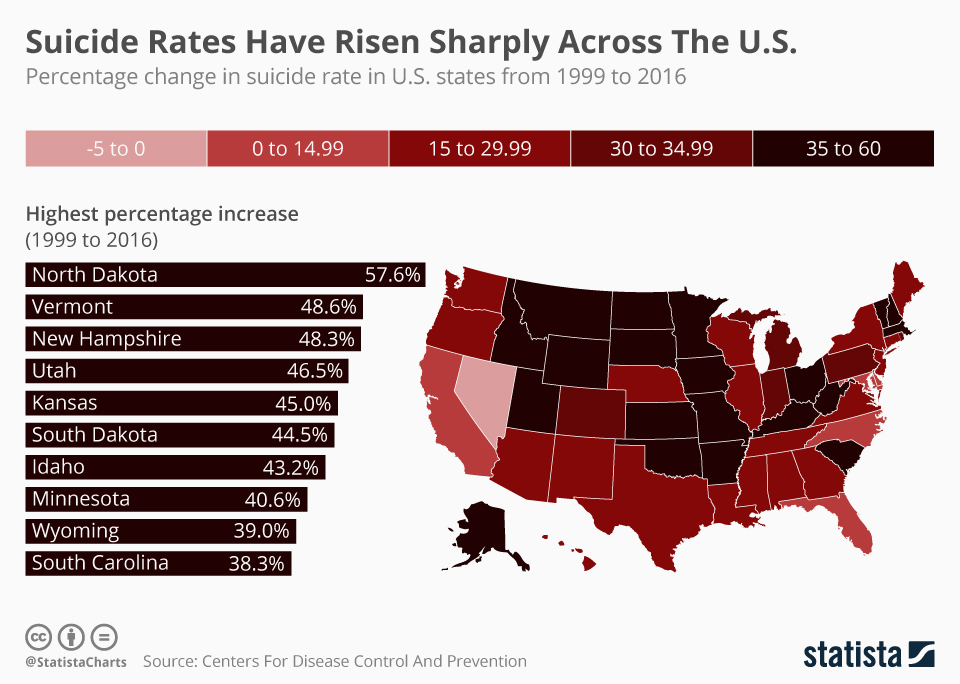 The number of deaths from alcohol, drugs and suicide in 2017 hit the highest level since federal data collection started in 1999, according to an analysis of Centers for Disease Control and Prevention data by two public health nonprofits.

The national rate for deaths from alcohol, drugs, and suicide rose from 43.9 to 46.6 deaths per 100,000 people in 2017, a 6 percent increase, the Trust for America’s Health and the Well Being Trust reported Tuesday. That was a slower increase than in the previous two years, but it was greater than the 4 percent average annual increase since 1999.

Deaths from suicides rose from 13.9 to 14.5 deaths per 100,000, a 4 percent increase. That was double the average annual pace over the previous decade.

Suicide by suffocation increased 42 percent from 2008 to 2017. Suicide by firearm increased 22 percent in that time.

Psychologist Benjamin Miller, chief strategy officer of the Well Being Trust, says broader efforts are needed to address the underlying causes of alcohol and drug use and suicide.

See also  Arizona To Become The Nation’s ‘Gold Standard For School Choice,’ Passing Universal Bill For One Million Students
→ What are your thoughts? ←
Scroll down to leave a comment: