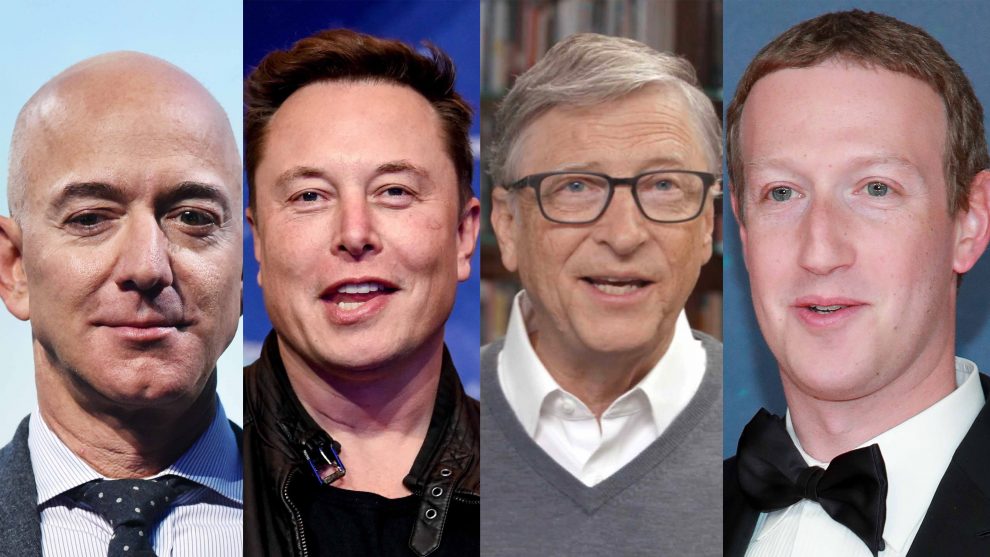 The richest billionaires in the United States grew their wealth by more than $340 billion over the last year, while the wealth held by the American middle class shrinks.

Elon Musk, the cofounder of Tesla, boosted his wealth by $121 billion in the last year — more growth than any other billionaire in the world. Meanwhile, Amazon executive chairman Jeff Bezos grew his wealth to $195 billion.

Bill Gates, cofounder of Microsoft, now holds nearly $140 billion in wealth while Google cofounder Larry Page holds about $130 billion after growing his wealth by $47 billion in 2021. Mark Zuckerberg, the CEO of Meta, which owns Facebook, Instagram, and WhatsApp, has a net wealth of about $128 billion thanks to a boost of $24 billion in 2021.

At the same time, the American middle class has seen a dramatic drop in wealth. The middle class includes 77.5 million U.S. households with an annual income of $27,000 to $141,000.

Since 1991, the top 20 percent of U.S. income earners have seen their share of national wealth grow by about 10 percentage points. The middle class, meanwhile, has seen its share of real estate, private businesses, and corporate equities declined in the past three decades.

In 2019, economists confirmed the wealthiest Americans are paying lower annual tax rates than all other Americans. The wealthy, for example, paid an average tax rate of just 23 percent in 2018. This 23 percent tax rate for the rich means their rate has been slashed by 47 percentage points since 1950 when their tax rate was 70 percent.