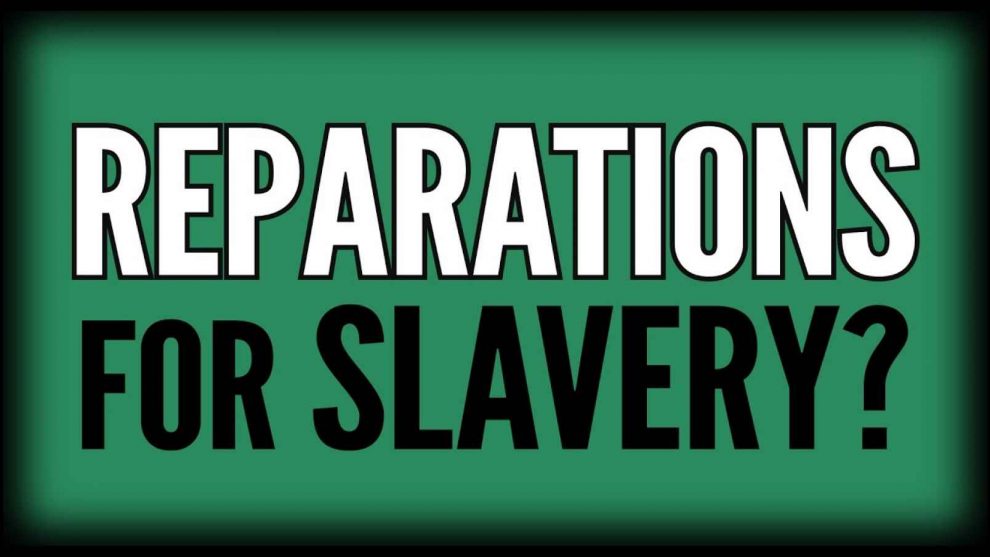 Exactly two-thirds of Americans (66 percent) oppose paying reparations for slavery, while only 21 percent believe it to be a good idea, according to a poll from Rasmussen.

Rasmussen asked 1,000 likely voters if they agreed with a Democrat plan to use taxpayer dollars as a means to apologize for legalized slavery, which was outlawed 150 years ago and after a Civil War that resulted in the deaths of some 600,000 Americans.

By a wide margin, Americans understandably oppose the absurd idea of paying a penalty for something they had nothing to do with. And the fact that those payments would go to people removed by generations from the abomination of legalized slavery is just as ludicrous.

Voters also seem to grasp that this is all political posturing. Back in September Rasmussen asked 1,000 likely voters if politicians raise the issue of race only to get elected and 71 percent said yes. So, yes, voters get it.

But anyone with half a brain knows the idea of reparations is a ridiculous and deeply unfair policy driven only by cynicism and a half-century of Democrat Party failure.

There is just no question anymore that the Democrat Party and its policies have been catastrophic for black Americans, especially those living in urban areas like Chicago, Washington D.C., and Baltimore — areas that have been run exclusively by Democrats for decades.

With no ideas to run on, no past successes to champion, all Democrats have is fear and division to offer for the 2020 presidential election.

President Trump has already brought the black unemployment rate down to records lows. He has also signed a criminal justice reform bill Barack Obama wanted no part of. These are real accomplishments that have and will improve the lives of black Americans and black American communities.

On top of that, there is a serious movement to convince black voters to acknowledge the failure of the Democrat Party and consider an alternative. New black leaders like Candace Owens and Kanye West are articulating this case in ways that make Democrats and the corporate media very nervous , so nervous organized smear campaigns have been launched against both.

But there is also football great Jim Brown, whose civil rights leadership reaches back to the early 1960s, to Martin Luther King. Brown is a man who called both Muhammad Ali and Malcolm X friends and colleagues.

This latest call for slavery reparations is nothing but a distraction, a calculated wedge issue, a means to turn those opposed to this ludicrous and un-American idea into the enemy in the eyes of black voters.