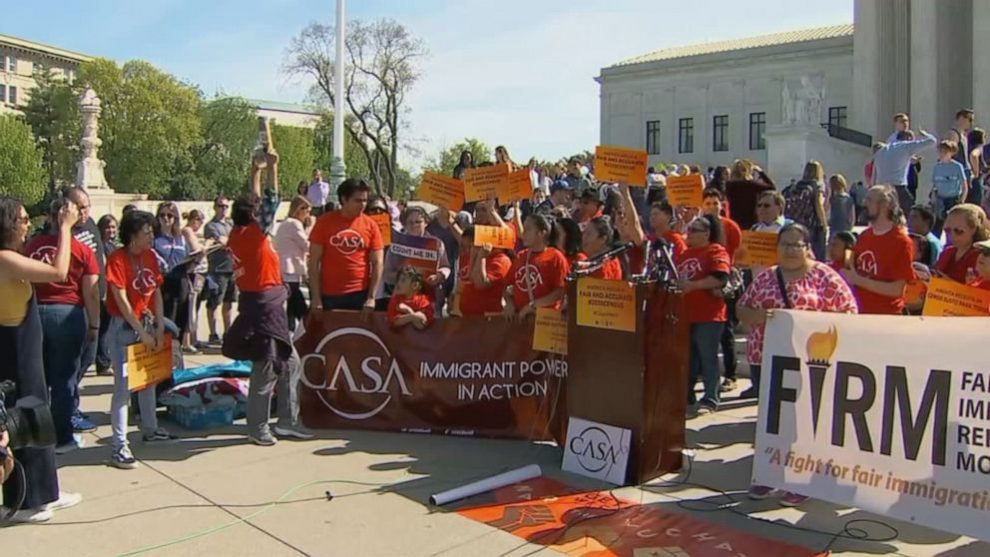 Sixty-seven percent of voters said that the government should include a citizenship question on the 2020 census, according to a poll released Tuesday.

According to a Harvard CAPS/Harris poll released Tuesday, sixty-seven percent of voters said that the government should be allowed to ask U.S. residents if they are citizens.

The poll arises as the Supreme Court decided last week to block a citizenship question on the 2020 census.

The survey found that Americans across the political spectrum support the citizenship question.

Eighty-eight percent of Republicans, 52 percent of Democrats, and sixty-three percent of independents said that they support a citizenship question on the United States census.

Rep. Jody Hice (R-GA) told Bretibart News that most Americans want the citizenship question and it should not be a partisan issue.
“Most Americans want an accurate count of how many citizens are in our country. The citizenship question shouldn’t be a partisan issue – it’s a matter of simply knowing who is in America,” Hice said. “The Court’s disappointing ruling has stalled the process for now, but I believe the question is necessary.”
Hice told Breitbart News Sunday in March that Democrats fought the Donald Trump administration’s citizenship question on the 2020 census because it might endanger their House majority by losing seats in Democrat-leaning states.

Mark Penn, the Harvard CAPS/Harris polling director, said, “The public here agrees with the administration that it makes sense to ask citizenship on the census – it a clear super-majority of Americans on this issue.”

In response to the Supreme Court’s decision, President Donald Trump proposed delaying the census to get the citizenship question approved.

“I have asked the lawyers if they can delay the Census, no matter how long, until the United States Supreme Court is given additional information from which it can make a final and decisive decision on this very critical matter,” the president tweeted last week.

“Seems totally ridiculous that our government, and indeed Country, cannot ask a basic question of Citizenship in a very expensive, detailed and important Census, in this case for 2020,” he added.

“Can anyone really believe that as a great Country, we are not able the ask whether or not someone is a Citizen,” Trump asked rhetorically. “Only in America!”

The Harvard CAPS/Harris Poll surveyed 2,182 registered voters from June 26-29. The poll serves as a collaboration between the Center for American Political Studies at Harvard University and the Harris Poll.