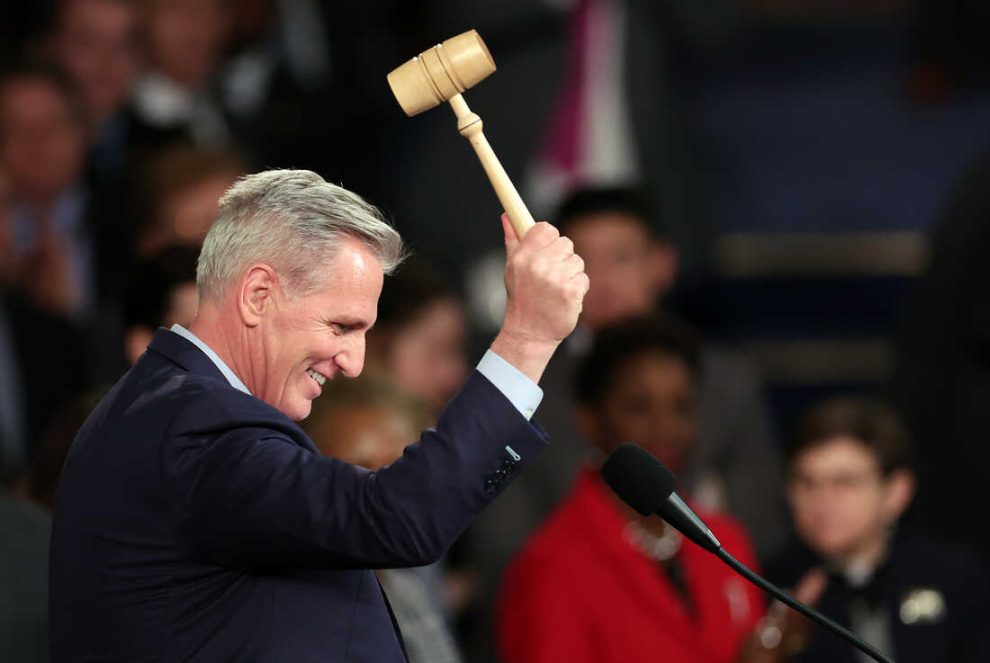 Is America heading toward a civil war? The chasm between patriotic Americans and the Left is certainly growing all the time and shows no signs of healing. The just-concluded controversy over who would become speaker of the House contained two telling indications that the nation might be heading toward a new civil conflict or at the very least that political tensions have not been this high since the run-up to secession and the attack on Fort Sumter.

The first was the protracted battle for the speakership itself. As PJM’s Chris Queen detailed on Thursday, the multiple balloting and hot tempers surrounding the ultimate election of Kevin McCarthy to the speaker’s chair recalled the two-month fight over the speakership in 1855. The endless conflict revolved around the fact that neither pro-slavery nor anti-slavery forces would accept a speaker from the other camp, and neither had the votes to enforce its will. As Chris noted, the New York Tribune declared: “This is not a mere contest as to a Speaker of the House; it is but an incident in a long and arduous struggle which is to determine whether slavery will be the pole star of our National career.”

Ultimately a speaker was chosen, an abolitionist named Nathaniel Banks, and after all that he lasted only thirteen months in the speaker’s chair. (It will be interesting to see if Kevin McCarthy lasts that long.) But neither Banks nor anyone else managed to heal the deep divisions in American society, and the Civil War came half a decade after the speaker’s fight, which was a kind of legislative prelude to the conflict that was to come.

During the speaker’s fight we just went through, as the balloting went on, tempers flared. Victoria Taft reported Saturday that “at one point, [Rep. Matt] Gaetz [R-Fla.] and Rep. Mike Rogers (R-Ala.) ‘nearly came to blows… as frustrations exploded on Friday night in the House of Representatives, with the 14th ballot for speaker leaving Rep. Kevin McCarthy (R-CA) one vote short,’ according to The Washington Examiner.”

There was no fight on the House floor this time, but the nation came closer to seeing one than at any time since May 1856, Senator Charles Sumner of Massachusetts delivered a lengthy speech (it took him two days) entitled “The Crime against Kansas.” In it, he resorted to lurid imagery to make his case, saying: “Not in any common lust for power did this uncommon tragedy have its origin. It is the rape of a virgin Territory, compelling it to the hateful embrace of Slavery; and it may be clearly traced to a depraved longing for a new slave State, the hideous offspring of such a crime, in the hope of adding to the power of Slavery in the National Government.”

Sumner also mocked Sen. Andrew Butler of South Carolina in terms that strongly hinted at the widespread belief among abolitionists that slaveholders were primarily interested in their female slaves for sexual use. Southern honor was offended, although there was a great deal of truth to Sumner’s statement, and Southern honor would be avenged. On May 22, 1856, two days after Sumner completed his speech, Rep. Preston Brooks of South Carolina, Butler’s cousin, entered the Senate chamber and made for Sumner’s desk. He began beating Sumner over the head with a heavy wooden cane and did not stop when Sumner began bleeding profusely and knocked his desk loose from the floor (it was bolted down) in an attempt to get away. Brooks didn’t stop until he had broken his cane. He later recounted: “I…gave him about 30 first rate stripes. Towards the last he bellowed like a calf. I wore my cane out completely but saved the Head which is gold.”

Both men were hailed as heroes. Southerners inundated Brooks with canes to celebrate his attack and replace the one he had broken over Sumner’s head. The cane was not the only thing that was broken. The Union was as well. And today, it is as close as it has been since then to being broken again. We have a speaker of the House now, and we can all hope that he and his colleagues will somehow manage to bring about a better outcome, but there is no denying that we haven’t seen these things since the nation fell into a bloody four-year civil conflict. There is also no denying that the Left is pushing for a new civil war, as I detail in my new book, The Sumter Gambit: How the Left Is Trying to Foment a Civil War (featuring a super deluxe cover by PJM’s own Matt Margolis!). Still, maybe this time we will be blessed with history not repeating itself.