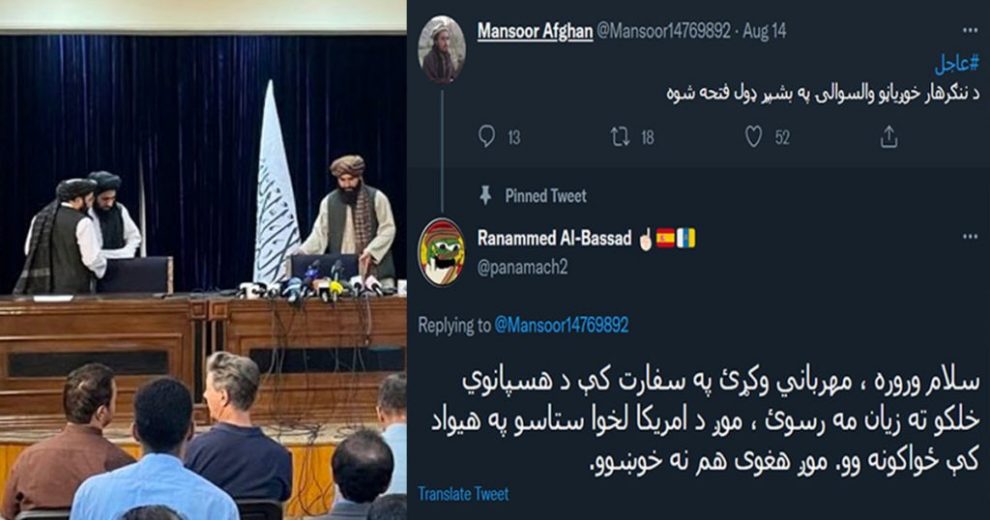 A Spanish Twitter account with an Apu Apustaja frog avatar has successfully negotiated with the Taliban for fair and humane treatment of Spanish citizens at the nation’s embassy in Kabul, Afghanistan. The Spanish government had seemingly failed to establish a clear and open line of communication with the Taliban, inspiring the owner of the frog-avatar account to take action.

“Nangarhar’s sweet district was completely conquered,” Taliban spokesperson Mansoor Afghan announced on August 14, to which the account @panamach2 reached out to respond using Google translate, “Hello brother, please don’t hurt the Spanish people at the embassy, we were forces in your country by America. We don’t like them either.”

Mansoor Afghan responded in English, “We are human beings, we all respect each other, we don’t say anything to any foreign troops.” The exchange was viewed as somewhat humorous by many Twitter users, with one pointing out that “a guy with a picture of pepe has done more for the spanish people in afghanistan than the spanish government.”

We are human beings, we all respect each other, we don't say anything to any foreign troops

The Associated Press reported on August 13 that the Spanish government had moved to evacuate Spanish nationals after the Taliban began moving to take control of the country. An email from the Spanish government stated that “the advance of Taliban forces in their march towards Kabul,” and that the country would commence “the repatriation of the embassy staff, the Spaniards remaining in the country, and those Afghans and their families who have worked side by side with us.”

It does not appear that the Spanish government was able to establish a direct line of communication with the Taliban to negotiate for the safe passage of its embassy staff, unlike the frog-avatar Twitter user who was able to secure a swift response with just one tweet.

Much of the blame for the chaotic withdrawal of U.S. forces from Afghanistan has been placed by experts at the feet of the Biden regime, which moved back the deadline for withdrawal set by President Donald Trump in 2020.