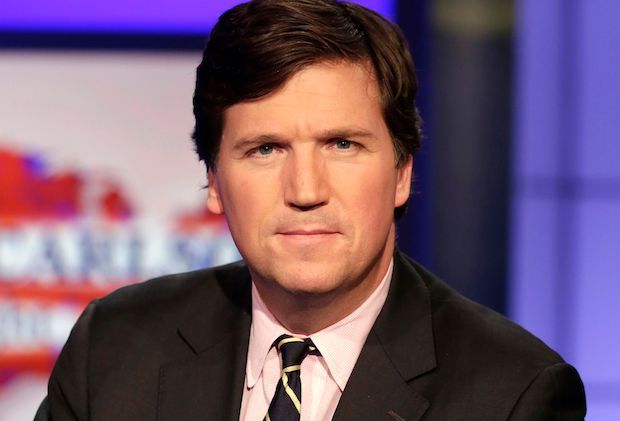 There have been endless, gleeful reports about Tucker Carlson’s Fox News show losing nervous corporate advertisers. Far less attention has been paid to the fact that, for the last few days, his news show’s ratings have been creeping up.

A week is a long time in politics, and an eternity on rolling news. On Sunday night, things looked bad for Tucker. He was trending nationally on Twitter after Media Matters surfaced old radio interviews in which he made some rather unsavory remarks. Influential public figures like Alyssa Milano from Charmed were campaigning for his ouster. It seemed like the presenter had a real risk of being #canceled by the outrage brigades.

But a lot can happen in five days. In a rather delicious irony, the head of Media Matters, Angelo Carusone, came under scrutiny for his own controversial statements.

And Tucker? He refused to cave to social media pressure, delayed his vacation by a week and took to his usual time slot with his trademark tenacity and humor. The viewers rewarded him: his show has seen an uptick in ratings this week.

On Monday, Tucker Carlson Tonight had 2.895m viewers, according to Showbuzz Daily. Usually Carlson is behind Sean Hannity in this respect. Tuesday saw a further increase: he secured the #1 slot with 3.086m. Hannity returned to the top of the podium on Wednesday, but Tucker Carlson Tonight continued to grow to an audience of 3.108m. And on Thursday it was another Hannity-Tucker 1-2, with Tucker Carlson Tonight watched by 3.143m. So far in 2019, Carlson had been averaging 2.9m viewers.

Some advertisers have paled at Carlson’s comments to Bubba the Love Sponge, the shock jock who let Hulk Hogan have sex with his wife as he covertly filmed it. However it appears viewers do not share their blushes. Perhaps a morbid curiosity about how Carlson might respond to the story was behind the growth. If so, it’s fair to draw the conclusion that, by earning him eyeballs, Media Matters have done Carlson more good than harm. His defiant monologue in the face of the internet outcry might even signify a turn in the tide of the culture war: today, Disney reinstated James Gunn as the director of Guardians of the Galaxy 3, having dismissed him for decades-old unpleasant online comments last year.