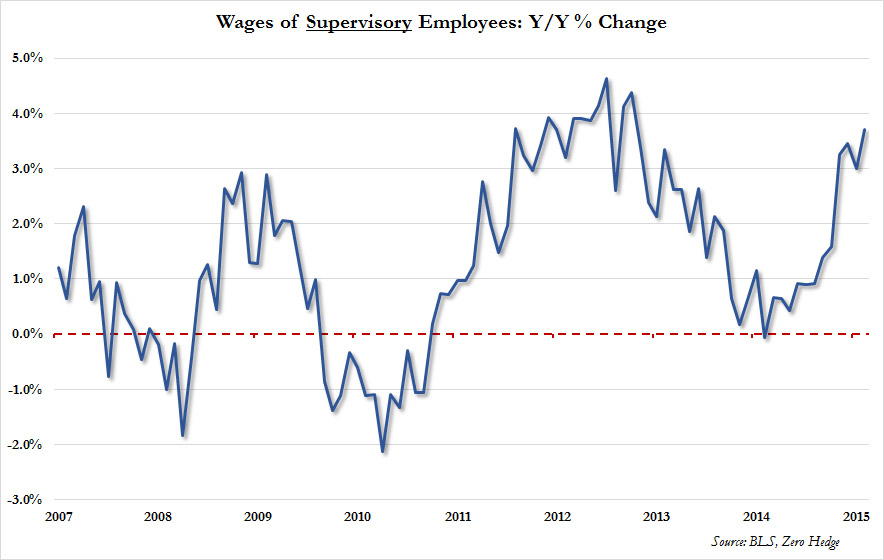 “We’re seeing wages rise more than they have at any time for a long, long time,” Trump told reporters. He added:

The big news, really, was that wages went up. And that’s great for the American worker. That’s something people — I don’t know if they ever expected to see it.

Vice President Mike Pence said, “wages are rising at the fastest pace in nearly a decade, and more Americans are working today than ever before in the history of our country.”

Americans’ wealth-creating productivity is also rising much faster than under former Presidents George W. Bush and Barack Obama. Productivity rose 1.8 percent in 2018, up from 0.2 percent in Obama’s last year, because higher wages are pressuring employers to buy the labor-saving machinery that will help Americans produce even more wealth.

But all the good news comes just after Trump publicly walked away from his “Hire American” economic strategy that made it all possible.

On March 6, Trump told Apple CEO Tim Cook and other CEOs that he would open a new pipeline of cheap foreign workers for tech companies. That shift is good for companies who do not want to hire workers away from each other by offering escalating salaries.