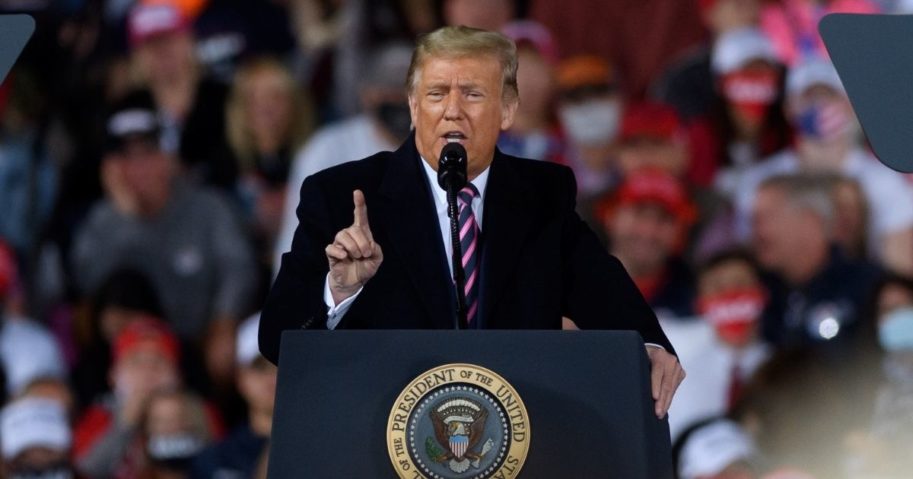 The Republicans had a pretty good midterm election despite what pundits are claiming. The GOP must win three of the remaining four Senate races to win control of the upper chamber — a goal well within reach as Republicans lead in Nevada and Wisconsin. And the party is within spitting distance of a House majority.

But no red wave. A combination of better-than-expected Democratic enthusiasm and underperforming Republican candidates squandered several opportunities to flip House seats and give the GOP a sizable House majority in January.

How did this happen? If you ask most of the media, the fault for the underperforming Republican Party rests with Donald Trump.

Former Obama campaign strategist David Plouffe said, “I think you have to say Donald Trump has now presided over two disastrous midterm elections.” That’s a matter of opinion. First, Trump did not “preside” over the 2022 midterms. Plouffe is getting his talking points mixed up with reality. Trump wasn’t on the ballot no matter how hard Democrats wished it were so.

Secondly, 2018 wasn’t much of a “disaster,” given that Republicans gained two Senate seats. They lost the House — just as Democrats will almost certainly lose the House in 2022.

“Given the history of presidents in power, Democrats controlling all of Washington, inflation, this should’ve been a much stronger night for Republicans,” Plouffe said. “A bunch of reasons for that. But at the top of them is Donald Trump. He’s deeply unpopular, he supported a bunch of horrible Senate candidates who may end up coughing up the football here.”

The fact that Trump is “unpopular” outside the Republican Party was pointed out by several pundits. This is “analysis”? Trump entered office in 2017 and his favorable numbers were almost immediately underwater. He’s never been “popular” in the media sense of the word and saying so is belaboring the obvious.

On CNN, conservative commentator Scott Jennings offered a rather blunt analysis of the night, juxtaposing the performance of Trump-backed candidates across the country with Florida Gov. Ron DeSantis, R., a potential 2024 contender who romped to a landslide re-election on Tuesday.

“There’s a potential narrative out of this night that if you’re a discerning Republican voter trying to figure out the future, direction of this party, we once again learn that Trump is not a national winner for the Republicans,” the GOP pundit told the panel. “But DeSantis may be the next evolution of someone who can marry what you like about Trump but also recover some people that went away from the party during Trump.”

When it comes to Donald Trump, most strong supporters have an “accept no substitutes” policy. DeSantis has already gotten into some trouble with MAGA world, and they would be unwilling to transfer their allegiance to anyone else while Donald Trump remained a viable candidate.

It’s true that some of the candidates Trump handpicked to run — Mehmet Oz in particular — did not meet expectations. Why that’s Trump’s fault is a mystery. No one is talking about Trump guessing right about J.D. Vance in Ohio, who won by 150,000 votes. It’s the old “Get Trump” game dressed up as serious political commentary.