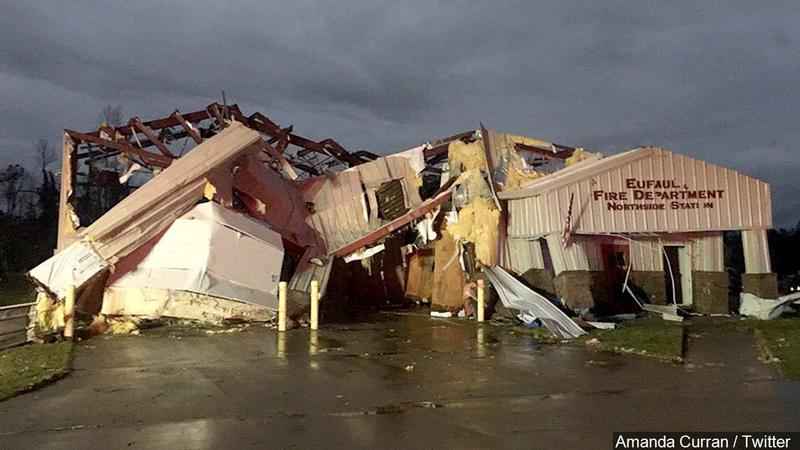 President Donald Trump said he will travel to Alabama on Friday to visit with the victims of a devastating tornado that killed at least 23 people.

The tornado was part of a powerful storm system that ripped through parts of Florida, South Carolina and Georgia over the weekend. The area had been warned of possible tornadoes days before the storm, but some Alabama residents were warned only eight to nine minutes before the killer twister struck.

“I’ll be heading to Alabama on Friday,” Trump said during a veterans event at the White House. “It’s been a tragic situation. But a lot of good work is being done.”

Trump has made several trips to visit with the victims of natural disasters in recent months, including to California after last year’s wild fires and to the Carolinas following Hurricane Florence.

The president was expected to travel to his resort in Florida this weekend to attend a fundraiser. Further details of his Alabama trip were not immediately available, and the White House has generally kept a close hold on schedule details for such trips until the president is on the ground.

See also  DOWN GOES CHENEY! WARMONGER SPANKED AND SENT HOME TO DADDY!
→ What are your thoughts? ←
Scroll down to leave a comment: