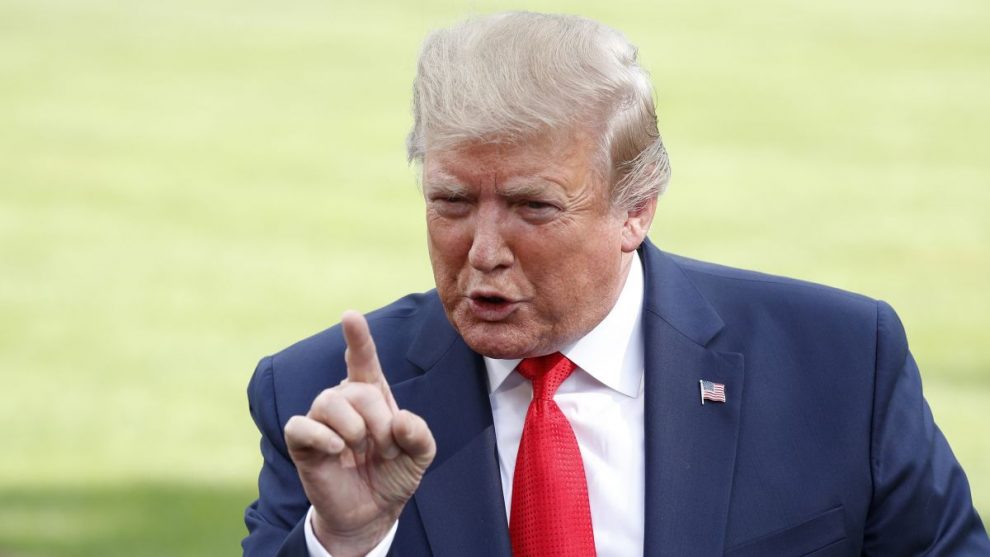 Taking a page out of the playbook of politically biased voter “suppression polls,” the media has now gone to suppressing and silencing conservative voices to prop up Democrats, former President Donald Trump warned in an exclusive podcast interview Tuesday.

The latest “The Michael Savage Show” asked Trump if the country was “melting down” under President Joe Biden.

“We don’t have an open and free media anymore.”

Trump rebuked what is ostensibly a hear no evil, see no evil situation with the media covering the Biden administration, including failing to cover the Democrat candidate in a negative light.

“They don’t want to hear anything,” Trump added to host Michael Savage. “They don’t write about it.

“It’s collusive. Nobody’s ever seen anything like it. It all happened during this period of time.”

It all started in the 2020 presidential campaign with a media desirous of elevating Biden to president, Trump continued.

“It happened just before the election,” Trump said. “They wouldn’t talk about certain subjects. You know better than anybody, Michael. You know, that’s the beginning of communism.”

Trump reiterated his disdain for the loss of his administration’s achievement of energy independence, the “rigged” election, and the weaponization of the justice system seeking to tear him down as a president, a candidate, and anyone who supports him.

“And we had it the election, and we got them by surprise in 2016 and they said, ‘it would never happen again,’ and they cheated, and they dropped ballots and all that stuff that you’re not afraid to talk about, but a lot of people are afraid to even mention it, and it’s true,” Trump said, noting the election audits in Arizona and Georgia are going to produce “determinative” election irregularities and fraud.

“And even the polls: They said I was going to lose in Wisconsin by 17-19 points. They did that four years ago and I won Wisconsin, and they did it again.”

The pollsters for leftist media organizations like The Washington Post and ABC News are “crooked” and “corrupt people” making America a “very corrupt country,” according to Trump.

“You know what that does? That keeps people home,” he lamented. “They say, ‘we love the president, but if he’s going to lose by 17?’ And, in my opinion, I won the state.”

Trump finished with a rejection of the direction Biden is taking the country, teasing a potential 2024 presidential campaign to help save America, which is the name of the his political action committee.

“This country to going to a level of left that nobody can imagine, including Bernie Sanders, who’s going around saying, ‘I can’t believe this stuff is happening,'” Trump warned, saying “there’s no mandate for him to change our country.”

“This is far more than he ever talked about. He wouldn’t be able to talk about this.”

It all comes back to the propping up of Biden by “the press and the media and the Big Tech of course,” Trump concluded.

“But the press they just play right into the hands. They won’t talk about it. You could find the worse things ever, with regard to the other side, they will never write about it. It’s unbelievable. But, maybe at some point they have to, because people are seeing it. So we’ll see what happens.” 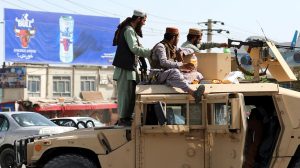