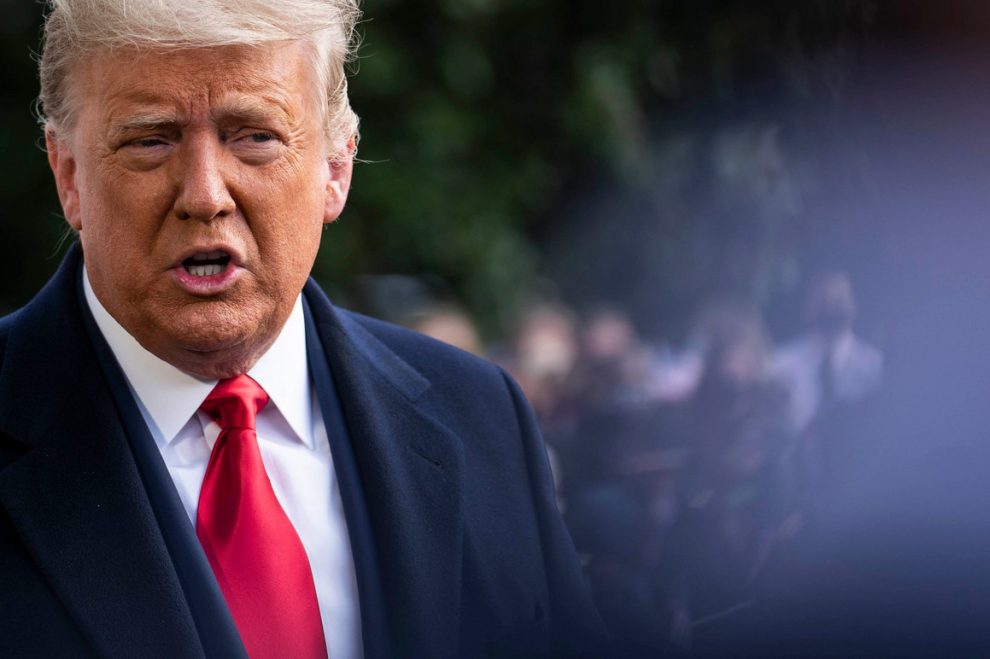 Former President Donald Trump pledged he will never cut Social Security if elected again to the White House in an exclusive interview with Breitbart News here earlier in December.

Social Security, which was developed as part of the New Deal by then-President Franklin Delano Roosevelt in the aftermath of the Great Depression, is a very simple program that guarantees Americans who hit retirement age certain income. Throughout the course of their lives, the federal government garnishes Americans’ wages—taking a cut of their paychecks—on the promise that at the end of their lives they will get a check on the regular so they can retire and live out the rest of their lives.

Trump warned that Republicans discussing cutting Social Security were falling into one of many “traps” that the Democrats lay for the GOP with the American electorate. Some Republicans had promised to try to tackle “entitlement reform” post-midterms, an issue that Democrat President Joe Biden zoned in on aggressively during the final few weeks of the campaign. That may have tanked several otherwise promising GOP candidates coast to coast, Trump said, arguing that these Republicans “fell into” the Democrats’ “trap.”

“They fell into the Democrat trap,” Trump said. “I heard that. A couple guys were talking about it, and I said ‘that’s the end of his career.’ But it isn’t a question of the career. It’s a contract with the people. They’ve paid. They’ve worked. They’re entitled to it. There are so many things we can cut that is far more money than we’re talking about. There are so many things. You don’t have to cut Social Security. I would never do it.”

Trump also warned of another “trap” he said Democrats laid for Republicans that he said too many fell into, which is on abortion in the wake of the U.S. Supreme Court overturning Roe v. Wade. Trump, whose judicial appointments, including the three Supreme Court justices Brett Kavanaugh, Neil Gorsuch, and Amy Coney Barrett, were critical to overturning the controversial Roe decision, was arguably one of if not the most pro-life presidents in history. Even so, Trump argued that Republicans must support what he called “the three exceptions”—for rape, incest, and the life of the mother—to any measures banning abortion, or else they face electoral elimination in most of America. Trump specifically singled out Michigan GOP gubernatorial candidate Tudor Dixon and Pennsylvania GOP gubernatorial candidate Doug Mastriano, both of whom lost their respective races this year after taking hardline positions without such exceptions.

Trump further stated, too, that he believes both the Social Security issue and the abortion issue are rife with “traps” for Republicans laid by Democrats.

“Well, people need to be smart and you need people who believe in the right thing,” Trump said. “People do what they believe. If somebody really doesn’t believe in the exceptions, which I wouldn’t understand—rape, incest, the life of the mother, to me that’s pretty easy to believe in—but if somebody doesn’t believe in it then they have to follow their heart. But I don’t think they’re capable of being elected other than in certain areas.”

Trump in the interview also lit into Senate GOP leader Mitch McConnell for negotiating the omnibus spending bill—arguing that by doing so he undercut the incoming House GOP majority’s ability to tackle cutting spending in other areas that are actually wasteful.

While McConnell pushed that spending plan—which included billions more tax dollars to be shipped over to Ukraine in the wake of Ukrainian president Volodymyr Zelensky’s visit to the U.S., his first trip outside his country since the Russian invasion more than 300 days ago—his top deputy Senate GOP whip, Sen. John Thune (R-SD), is pushing for GOP-led cuts to Social Security.

NEWS: John Thune, the No. 2 Senate GOP leader, says in interview Senate Repubs want to leverage the next US debt limit increase to force federal spending cuts and changes to Social Security and other entitlement programs.

Thune’s vision is something that former House Speaker Paul Ryan, now a board member at Fox News parent company Fox Corporation, has long promoted and is again pushing. Ryan, who as House Speaker infamously led House Republicans to a historic defeat in the 2018 midterm elections, was once the GOP’s vice presidential nominee in 2012 as then-former-Massachusetts Gov. Mitt Romney’s running mate. Romney has gone on to carpet-bag his way into the Utah U.S. Senate seat vacated by the late former Sen. Orrin Hatch (R-UT), and Ryan failed upwards first into the chairmanship of the House Ways and Means Committee, then into the role of Speaker of the House, then finally now as a Fox Corporation board member.

In his spare time, apparently, Ryan has also developed a new handy plan to—again, as he promoted before and failed, causing irreparable harm to the GOP—cut Social Security. Ryan’s plan, published in the wake of the 2022 midterm elections, focuses heavily on cutting the longstanding program. Ryan is the co-editor of the plan, released through the American Enterprise Institute, which is titled: “American Renewal: A Conservative Plan to Strengthen the Social Contract and Save the Country’s Finances.” In it, a collection of essays, multiple authors argue for “rethinking” Social Security.

“Paul’s a loser,” Trump told Breitbart News in response. “Paul has always been a loser.”

While he has not been busy plotting to take away Americans’ money that they paid into the Social Security program, Ryan has given a series of interviews and made public comments arguing that Trump being the GOP nominee again would lead to the Republicans losing the White House in 2024 and continuing to struggle more broadly as a party.

Trump said that Ryan and others like him could not be more wrong about his political prospects and the chances he has as a candidate. “They said that in 2016 too, and then they said that in 2020. But they didn’t say it with very much enthusiasm, and I ended up getting 12 million more votes than I did in 2016 and by any stretch—look, that election was rigged,” Trump said. “That was a rigged election. So in my opinion I did much better voting-wise the second time than I did the first. They said in 2016, and Ryan would say, ‘Oh Trump won’t be able to win.’ No, he will never win.”

Trump also noted that Ryan helped Romney lose the winnable 2012 election, and noted too that part of why they lost that year—which helped pave the way to the rise of Trump in the first place in 2016–was because of Ryan’s push to cut entitlements, which Democrats portrayed as him throwing a grandmother over a cliff in a wheelchair.

Trump added, too, that Ryan has ruined everything he has ever touched—and said he is now ruining Fox News and other News Corporation properties like the New York Post.