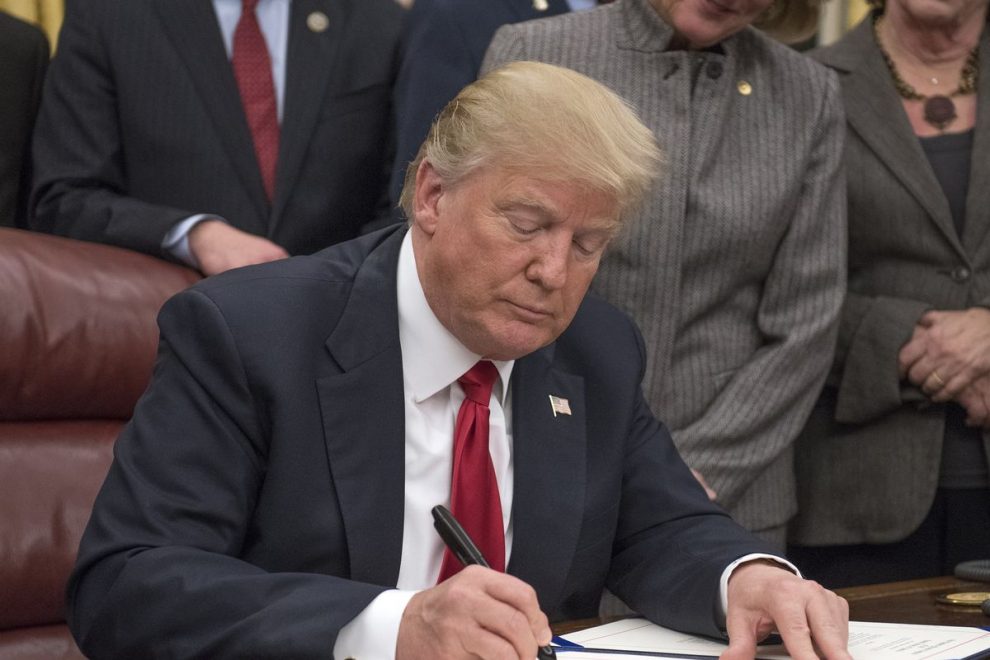 President Donald Trump vetoed a congressional resolution Friday that rescinded his national emergency declaration at the U.S. Mexico border, wielding the power for the first time in his presidency to save a top priority.

Trump’s veto came a day after a dozen Senate Republicans joined all Democrats in a rebuke of the president’s declaration of a national emergency in February to free up more than $6 billion for his long-promised wall along the Southwest border.

The president was flanked in the Oval Office by law enforcement officials and the families of people who have been the victim of crimes committed by immigrants in the country illegally. He described the resolution as “dangerous” and “reckless.”

Democrats have accused Trump of manufacturing a crisis to build support for the wall, noting apprehensions of people attempting to cross into the U.S. illegally are at historic lows. Republican critics, meanwhile, said they are concerned Trump’s emergency is an attempt to make an end-run around Congress’s power of the purse.

But Trump has pointed out he ran in 2016 on the promise of building a border wall (though he also repeatedly promised Mexico would pay for it). The White House has said it believes more barriers would stem the flow migrants and also of illicit drugs. Others have argued that most illegal drugs arrive through points of entry.

Although there was bipartisan support to block Trump’s emergency, the opposition fell short of the two-thirds majority that would be required to override a presidential veto. Democrats have promised to bring the issue back to the House and Senate floors in six months – which they are entitled to do under law – forcing Republicans to vote on the issue again.