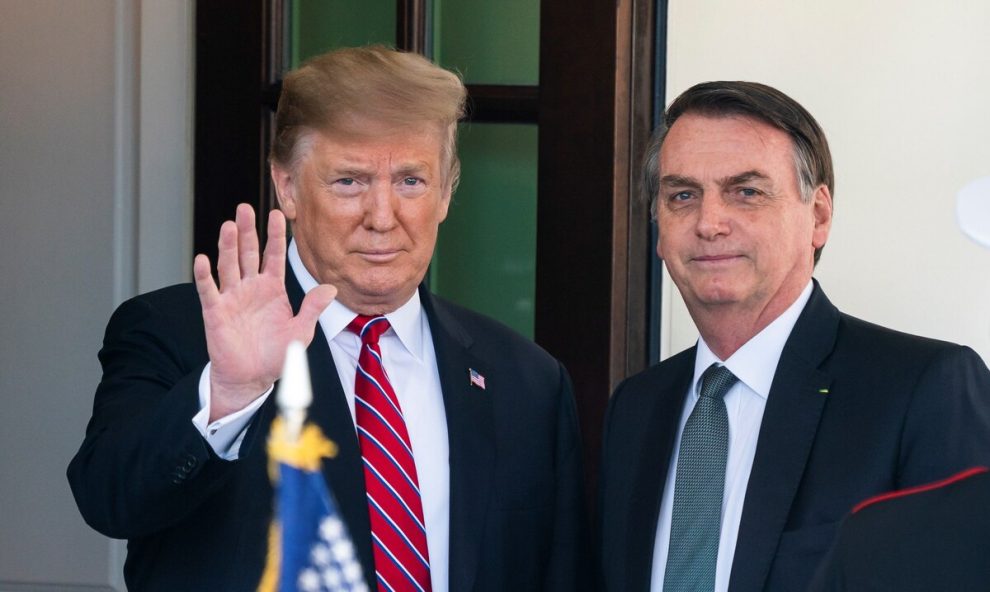 Bolsonaro himself posted a video of Trump admonishing the Brazilian people to re-elect him, offering his endorsement and calling Bolsonaro “a fantastic leader, a fantastic man, [and] one of the great presidents of any country in the world,” specifically citing Bolsonaro’s management of Brazil’s economy.

In the same tweet in which he shared the video of Trump, Bolsonaro said, “Thank you, my friend Trump! Thanks to the support of the Brazilian people and our determination to fight for Brazil’s interests, today we are respected throughout the world and we count on the support of free and prosperous nations and no longer of socialist dictatorships, as in the past.”

The two leaders maintained warm relationships during their overlapping tenures in office, and during Bolsonaro’s 2018 campaign for Brazil’s top, some observers likened his style and populist message to Trump’s, going so far as to dub him “the Trump of the Tropics.”

Bolsonaro must now face off against former President Luiz Inácio Lula da Silva, with recent polls showing da Silva with a sizable lead. A da Silva victory would fit a recent pattern of victories by far-left leaders and parties in Latin and Central American countries, as Silva helped found “the first major socialist party in Brazil’s history,” according to the BBC. Previous examples of this trend include Andres Manuel Lopez Obrador’s victory in the 2018 Mexican presidential election and — even more recently — Gustavo Petro’s victory in the 2022 Colombian presidential election.