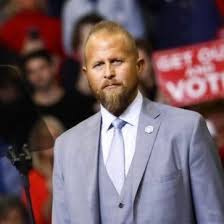 President Trump is ramping up his formidable digital operation nearly two years before the 2020 election, doubling down on a playbook that helped pave his path to the White House.

Trump’s campaign has already spent more than $3.5 million in small, targeted ads on Facebook, while an allied group has spent more than $6 million, making him the biggest U.S. political spender since Facebook began tracking ad spending in May 2018.

And just like in 2016, Trump is pairing the heavy spending with an active Twitter feed, dishing out insults and mocking his potential Democratic opponents as their long and crowded race to the nomination gets underway.

The president is already seeing dividends: Trump ended 2018 with $19 million in cash on hand, most of that from small donors.

The campaign had also raised about $130 million as of last year, the most by any sitting president at that point in the cycle.

See also  San Francisco Bishop Bans Pelosi From Communion
→ What are your thoughts? ←
Scroll down to leave a comment: