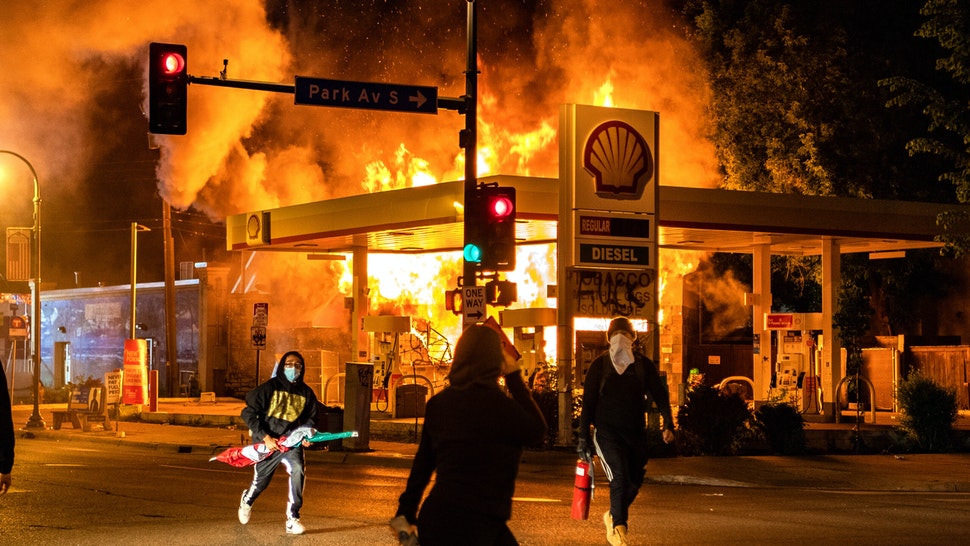 The Trump administration has rejected a request by Minnesota Gov. Tim Walz (D) for millions of dollars in federal aid to repair damage to buildings and infrastructure destroyed in riots that followed the killing of George Floyd on Memorial Day.

On July 2, Gov. Walz formally asked President Donald Trump “declare a major disaster for the State of Minnesota because of extensive fire damage to public infrastructure caused by civil unrest,” according to the governor’s office.

Walz sought financial assistance from the Federal Emergency Management Agency (FEMA), estimating the damage “eligible” for relief to be nearly $16 million. The total damage in the city, he said, was estimated at about $500 million.

But on Friday, the governor’s office confirmed that his request had been denied, according to the Minneapolis Star-Tribune.

“The Governor is disappointed that the federal government declined his request for financial support,” said a spokesperson for Walz in a statement quoted by the Star-Tribune. “As we navigate one of the most difficult periods in our state’s history, we look for support from our federal government to help us through.”

President Donald Trump has been critical of Walz for what he said was a weak response to the riots that broke out after Floyd was killed in police custody on May 25.

On Wednesday, May 27, President Trump announced that he had directed the FBI and the Department of Justice to conduct a swift investigation of Floyd’s death.

But that night, rioters attacked a police precinct and set businesses ablaze. Local law enforcement did little to respond.

Though Minneapolis Mayor Jacob Frey requested National Guard troops the next morning, and Gov. Walz formally mobilized the Guard that afternoon, the initial response was insufficient.

In his letter requesting funds, Gov. Walz wrote to the president that the state had acted to address the civil unrest “quickly.”

As leaders of the Minnesota National Guard and Department of Public Safety testified before the Senate last week, the initial call-up of 200 National Guard troops was inadequate.

Top law enforcement leaders on Thursday said earlier deployment of National Guard members to assist in the response to protests, arson fires and looting in Minneapolis and St. Paul could’ve mitigated the damage that resulted in May.

Heads of the Minnesota National Guard and Department of Public Safety on Thursday told a Senate panel that their reaction lagged as civil unrest grew beyond what state officials expected and as National Guard officials attempted to reset plans to mobilize an appropriate number of members to address the scene.

Soon the state’s entire 15,000-strong force would be mobilized. President Trump also offered the support of the U.S. military, which was placed on alert, but was not requested by the state in the end.

As protests continued under the banner of “Black Lives Matter,” Mayor Frey attempted to negotiate directly with them, only to be chased off the street when he refused to accept their demand to abolish or defund the police.

Later that month, a veto-proof, unanimous majority of the city council approved a pledge to abolish the Minneapolis Police Department.

Rep. Tom Emmer (R-MN) wrote to the president last Thursday, asking him to order a federal review of Minnesota’s response to the violence before any federal funds were released.

Minnesota is considered a key battleground state in the 2020 presidential election after Trump nearly won it in 2016.