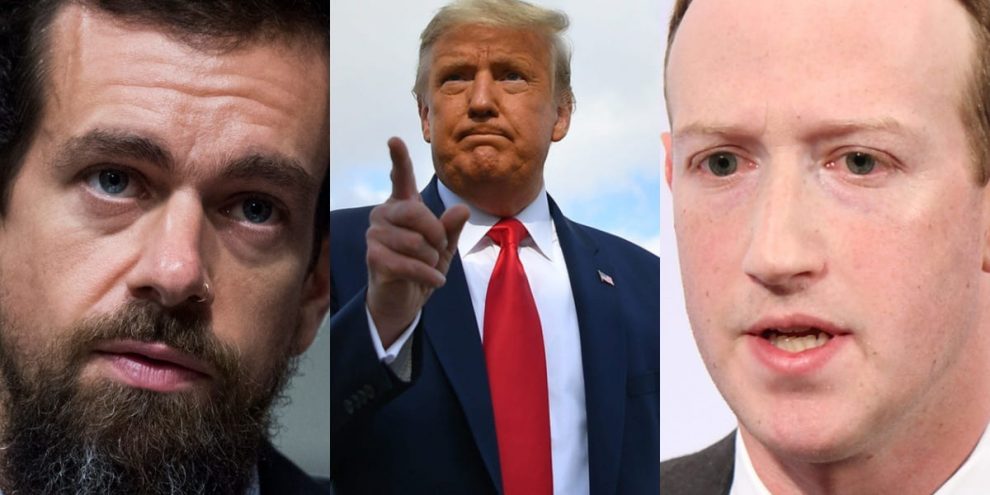 Why it matters: It’s the latest escalation in Trump’s yearslong battle with Twitter and Facebook over free speech and censorship. Trump is completely banned from Twitter and is banned from Facebook for another two years.

Details: Trump announced at an 11 a.m. press conference Wednesday that he is the lead class representative in a lawsuit being filed with the Southern District of Florida.

The filing, Trump said, seeks immediate injunctive relief to allow the prompt restoration his social media accounts. He also said he is asking the court to impose “punitive damages” on the three social media giants.
Trump’s legal effort is supported by the America First Policy Institute (AFPI), a non-profit focused on perpetuating Trump’s policies, through a new legal entity called the Constitutional Litigation Partnership.
AFPI’s president and CEO and board chair, former Trump officials Linda McMahon and Brooke Rollins, accompanied him during the announcement.
Class action lawsuits would enable Trump to sue the tech CEOs on behalf of a broader group of people that he argues have been censored by biased policies.

Facebook and Twitter declined to comment.
To date, Trump and other conservative critics have not presented any substantial evidence that either platform is biased against conservatives in its policies or implementation of them.
The big picture: Data shows that Trump’s megaphone has been significantly muzzled in light of bans from Big Tech platforms, particularly Twitter and Facebook.

The president and his allies have repeatedly criticized the bans as censorship. The tech giants argue they were put in place for safety reasons following the Capitol siege in January.
Facebook’s independent Oversight Board affirmed Facebook’s decision to suspend Trump in May.
Even during his presidency, Trump has tried to take aim at both CEOs and tech companies. In 2020, he signed an executive order that was meant to limit the legal protections that shield social media companies from liability for the content users post on their platforms. President Biden revoked that executive order in May.
Between the lines: Trump has often sued people in the course of his career, but rarely actually followed through in terms of winning a judgment or even taking cases to trial.

What to watch: Lawsuits and actions targeting Big Tech platforms serve as ammunition for Trump’s conservative base. Down-ballot Republican candidates have latched onto messages around censorship as part of their campaigns and messaging tactics. 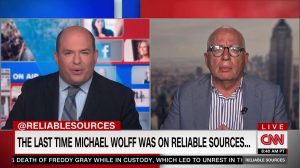 Michael Wolff to CNN’s Stelter: ‘You Are Full of Sanctimony’ — You Are Why People Can’t Stand the Media 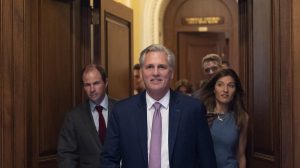 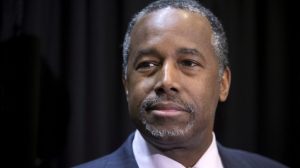