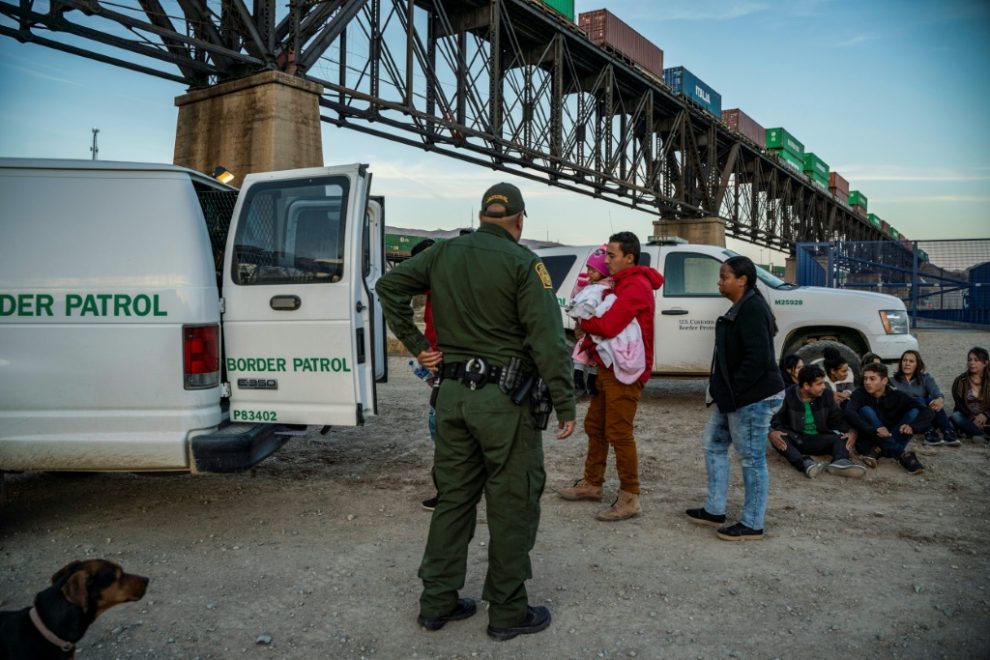 (AFP) President Donald Trump on Thursday again threatened to seal the US-Mexican border, claiming in a tweet that America’s southern neighbor is allowing illegal immigrants to cross unhindered.
“May close the Southern Border!” the president wrote.
“Mexico is doing NOTHING to help stop the flow of illegal immigrants to our Country. They are all talk and no action,” he said.
“Likewise, Honduras, Guatemala and El Salvador have taken our money for years, and do Nothing. The Dems don’t care, such BAD laws.”
The new threat to shut one of the world’s busiest borders, separating two countries with massive economic and cultural links, shows Trump is doubling down on his bid to make immigration a keystone of the gathering 2020 reelection campaign.
Mexican President Andres Manuel Lopez Obrador rejected Trump’s criticism, telling journalists: “We are doing something on this issue.”
“We are going to help in every way we can. We don’t in any way want a confrontation with the United States,” he said.
But Lopez Obrador said a solution would depend on “fundamentally addressing the causes of migration.”
Trump will likely highlight the issue when he hosts a campaign rally in Michigan later Thursday.
On Wednesday, he referred to the need for more border walls to stop “people pouring in.”
“Other countries stand there with machine-guns ready to fire. We can’t do that,” he told Fox News. “We are building massive, many, many miles of walls right now, and we are gearing up to do many more.”

The US border protection agency commissioner, Kevin McAleenan, said Wednesday that the southwestern frontier faces “an unprecedented humanitarian and border security crisis.”
The worst spot, he said, is around El Paso, Texas, where agents have nowhere to put the large numbers of illegal border crossers they detain.
Nationwide, the border agency took in more than 12,000 migrants this week, it said, while just half that number would be considered already reaching “crisis level.”
With the agency on track to detain more than 100,000 people in March, “it would be the highest monthly total in a decade,” the agency said.
Overall, attempts to get across the border into the United States illegally are down substantially from a decade or more ago.
However, the last year has seen a surge and the general makeup of the arrivals has changed from single men to families and often small children — greatly complicating the task of authorities in providing basic services to detained migrants while their cases are decided.
Migrants are also appearing in greater numbers from Central America, rather than just Mexico, sometimes traveling in large groups dubbed caravans.
One is currently forming in Honduras, according to Mexico’s interior minister, Olga Sanchez Cordero. She said it could be “the ‘mother of all caravans’ and they think it might have more than 20,000 people.”

The last time Trump threatened to close the Mexican border was in December, when a row over his demand for billions of dollars in wall funding was at its peak.
Democrats in Congress turned down the funding, arguing that Trump was exaggerating problems on the border for political gain. In retaliation, Trump refused to sign wider spending bills, leading to much of the federal government having to shut down for five weeks.
Trump finally declared a national emergency so that he could bypass Congress and unlock the money — a move drawing condemnation even from many of Trump’s Republicans.
© Agence France-Presse