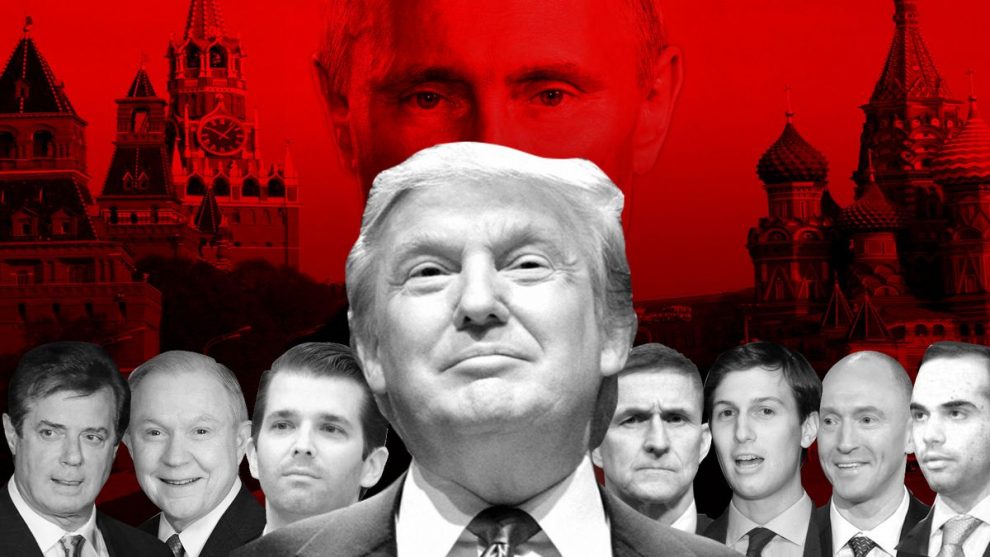 The coming weeks will expose the true genesis of Special Counsel Robert Mueller’s Russia investigation — and just how it is tied to some of the highest Obama-era officials, according to former federal prosecutor Andrew McCarthy.

McCarthy made the ominous prediction on Fox News host Bill Hemmer’s “Hemmer Time” podcast and said he expects the answer to what really spurred the investigation to be revealed when the Department of Justice’s Inspector General releases his much-anticipated report.

“We’re going to start getting the answers in the next four to six weeks when we can expect that Inspector General [Michael] Horowitz’s reports are going to start flowing out,” McCarthy told Hemmer.

“There are some factors involved that we don’t have enough information on. We know that Attorney General Barr has said that he personally is looking into this and that he has a team of people in the Justice Department that are helping him.”

The former assistant U.S. attorney, who prosecuted blind sheik Omar Abdel-Rahman for masterminding the 1993 terror attack on the World Trade Center, continued: “The inspector general is a very thorough meticulous guy who served one with him in the U.S. Attorney’s Office in New York he’s terrific lawyer good investigator.”

After pointing out some of the limitations the Inspector General faces, McCarthy called for a dramatic next step.

“This has to be looked at by prosecutors who have the full array of prosecutorial authority including Grand Jury power,” he said.

Hemmer then asked McCarthy if he believes Barr has been under such intense fire from some corners in an attempt to “dent his credibility”.

McCarthy agreed, saying: “This is what these guys are good at. To explain what I mean by that — when Trump won, nobody expected Trump to win.

“I think a large part of the reason they did a lot of the things they did, everybody knew Hillary was going to win. And in addition to that, they did everything by counterintelligence so it was all under the code of classification. So they figured this was never going to get out.

“So, if you’re sitting there and you’re the Obama administration you have a choice, right? You can say well you know Trump’s a kind of a calm guy, right? We don’t need to worry too much about him, we’ll be able to explain to him that there was a good reason to do the investigation and I’m sure it’ll all blow over.

“Or, down here on planet Earth, you could say, ‘Trump is going to go crazy when he finds out about this so it’s inevitably going to come out anyway.’

“We have ten weeks while we’re still in charge of the government and I think they spent those 10 weeks projecting that there was a profound threat of a Trump-Russia conspiracy that made for a worthy investigation.

McCarthy continued: “In other words they they tried to, between leaks and information that got put out, and the way that they structured this investigation including continuing the Carter Page FISA surveillance, and giving Trump only partial information about what they were actually doing, but especially the leaking the classified leaking, they created an impression that there was a big Trump-Russia thing to be worried about.

“And the reason they did that was that they knew that this was eventually going to come out and they needed to justify why they used the government’s extraordinary counterintelligence powers to investigate the opposition presidential campaign.”

McCarthy also agreed with Michael Mukasey, a former federal judge and President George W. Bush’s attorney general, who criticized Mueller for not telling the public earlier there was no collusion between Trump and Russia.

“When did Bob Mueller know, or when did the people who worked with him know, that there was no coordination, which is what they were looking for?” the ex-AG told Hemmer last month.

“When did they realize that and whenever they realized that shouldn’t they have told the rest of us?”

McCarthy agreed, saying he believes Mueller must have known there was no collusion “sometime between September and the end of 2017.”

“If you read Mueller’s indictments that he filed especially the ones against the two groups of Russians they preclude the possibility that there was collusion between the Russians and anyone on the American side, not just Trump,” he said.